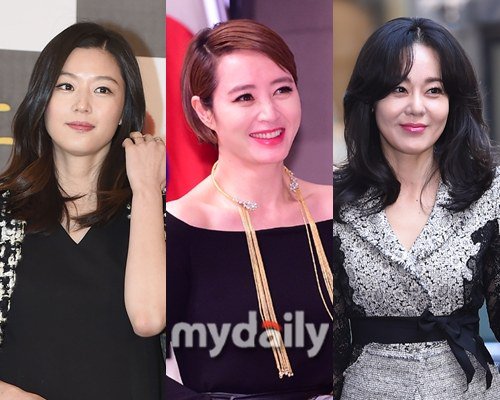 The representing actresses of Korea are competing in the 52nd Daejong Awards.

The Daejong Awards usually praises those movies that have been most successful throughout the year. Therefore it is very likely that Kim Yunjin and Jun Ji-hyun from "Ode to My Father" and "The Assassination", all million record breakers, are going to take home the prize. Jun Ji-hyun gets more points for the fact that she played Ahn Ok-yoon, an independent sniper in the army.

"Coin Locker Girl" Kim Hye-soo might lack in success of movie but her performance was outstanding. She went through a major transformation by damaging her hair white, covering her face with freckles and adding prosthesis into her tummy and butt to make herself look bigger. As the "Mother" of Chinatown, she was charismatic and a whole new person.

Meanwhile, the 52nd Daejong Awards will be broadcast live on the 20th. "The Throne" has 16 candidates in 15 categories, "The Assassination" in 14 and "The Veteran" in 10.

"Jun Ji-hyun, Kim Hye-soo, Kim Yunjin, seasoned actresses for the 52nd Daejong Awards"
by HanCinema is licensed under a Creative Commons Attribution-Share Alike 3.0 Unported License.
Based on a work from this source