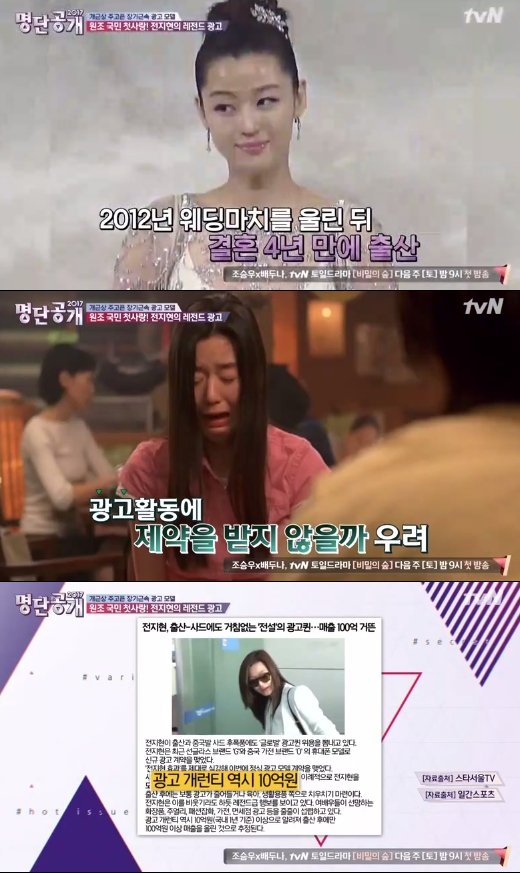 She came in fourth place on the list of celebrities who have been long-timers for a certain brand.

Jun Ji-hyun appeared in a coffee ad in 1997 which resulted in a fad and she displayed some fancy techno moves in a printer ad as well.

Jun Ji-hyun is a trusted celebrity amongst advertisement agencies and the most wanted.

Marriage and birth might have put a stop to the Jun Ji-hyun fad but she returned even more perfect than ever and earned herself a 1 billion won contract.

Meanwhile, Jun Ji-hyun has a strong reputation as a commercial model despite her long absence.

"Jun Ji-hyun, the CF queen "
by HanCinema is licensed under a Creative Commons Attribution-Share Alike 3.0 Unported License.
Based on a work from this source