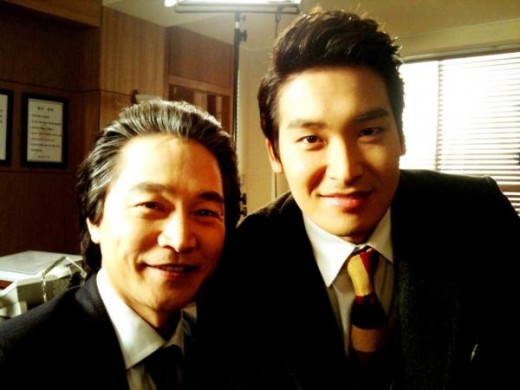 Actors Jung Gyu-woon and Jung Bo-suk's picture has come up.

Netizens are wondering about the picture. Both dramas are written by Jang Yeong-cheol.

Netizens say, "Jo Pil-yeon in "Salaryman"?", "I wonder what it'll be like", "Hyang-woo is awesome", "Same family name, so perhaps as a father?" and more.

"Jung Bo-suk and Jung Gyu-woon in "Salaryman""
by HanCinema is licensed under a Creative Commons Attribution-Share Alike 3.0 Unported License.
Based on a work from this source