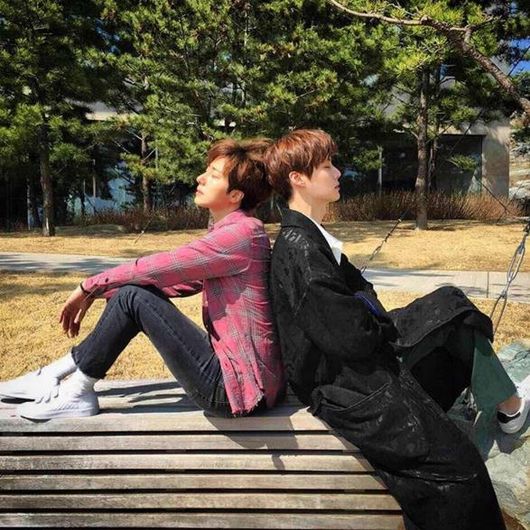 Actors Jung Il-woo and Ahn Jae-hyun showed off their friendship.

Jung Il-woo posted a photo of the two on his Instagram on March 15th and captioned the photo, "It may not look like much, but we're close to each other with @aagbanjh #WeSeeEachOtherEveryDay".

In the revealed photo, the two are sitting on a bench with their backs against each other, while closing their eyes. The sharp nose and radiant skins of the two under the bright sunlight have caught our eyes.

It seems that the reason why the two see each other every day may be because of the upcoming drama, 'Cinderella and the Four Knights' (working title).

'Cinderella and the Four Knights' is produced on the pre-filming production basis. The 16 episode romance drama is slated for the first half of this year.

"Jung Il-woo and Ahn Jae-hyun show off bromance"
by HanCinema is licensed under a Creative Commons Attribution-Share Alike 3.0 Unported License.
Based on a work from this source