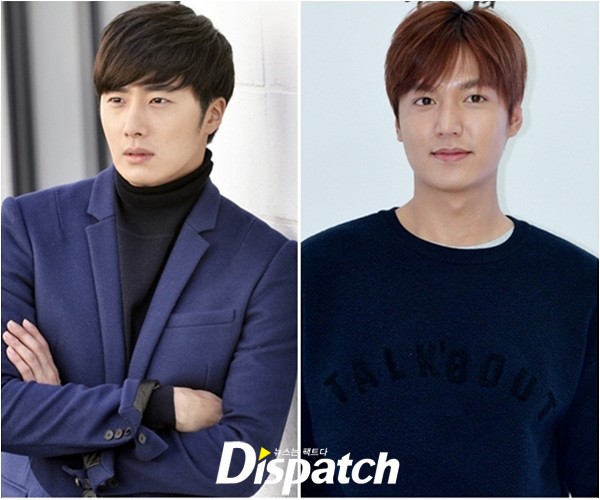 In August, 2006, two friends of the same age went on a trip together to Kangwon-do. The trip was filled with the fluttering anticipation as it was the first trip for the two to go on after they became adults. However, the trip could not even begin. A car from the other direction crossed the yellow central divider line and crashed into their vehicle. The happy beginning of their trip turned into the horrible car accident.

This is the actual story about the hallyu stars, Lee Min-ho and Jung Il-woo.

Lee Min-ho and Jung Il-woo have been rated for Public Interest Service. This is the result of the military physical examination for conscription that they received 10 years ago. Ministry of National Defense at the time made the decision that it would be impossible for them to enlist in active service regardless their enlistment date.

Lee Min-ho was hospitalized for seven months. The injury in his legs was serious especially. He had fractures in his right thigh bone and his ankle. Also the cartilage in his knees was torn. Although a 46 cm metal rod was implanted for the emergency surgery, his body could not recover to the condition before the car accident 100%. The lengths of his legs are different due to the surgery.

Jung Il-woo also was injured seriously as well. Right after the car accident, he experienced concussion and cerebral hemorrhage. He was also diagnosed with partial memory loss.

His wrist injury was the most serious one. His wrist bones were crushed into pieces and his left pelvis bone was fractured, which could not reach the full recovery even until now.

The reason why the aftereffect of the car accident has lasted this long is because he could not go through the consistent treatment. Jung Il-woo appeared in the sitcom 'High Kick!' only after going through the initial four month treatment.

He could not follow through the rehabilitation treatment in oder to fit into the filming schedule at the time. And the symptoms became worse due to the action acting and other acting involving strenuous physical activities.

It is the same case for Lee Min-ho. He could not complete the treatment due to his schedule for 'Boys over Flowers'. Also, to make things worse, he had another car accident while filming 'City Hunter'.

Their enlistment dates have not been confirmed yet. The two stars have fully packed schedule this year. Lee Min-ho is waiting for the Korea – China joint movie "Bounty Hunters" to be released soon and he is also confirmed to appear in writer Park Ji-eun's new drama.

Jung Il-woo also is filming the forthcoming drama, 'Cinderella and the Four Knights'. He has schedule in China and other international locations as well.

It seems that the enlistment date will be decided after they have accommodated and adjusted the planned schedule. Lee Min-ho's agency said, "The specific enlistment date has not been set. He will continue his activities until then".

"Jung Il-woo confirmed for alternative military service, same for Lee Min-ho: both affected by the previous serious car accident "
by HanCinema is licensed under a Creative Commons Attribution-Share Alike 3.0 Unported License.
Based on a work from this source