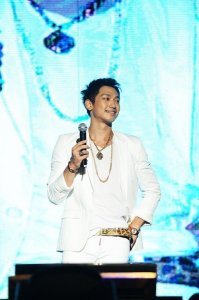 JUNG Ji-hoon  also known as the singer Rain  has been cast in a major role in the Wachowski brother's project Ninja Assassin. The Wachowski brothers and Joel Silver will produce the film and the expected director is James McTeigue.

JUNG will first make his English language film debut with the Wachowski brothers' produced Speedracer which is still in production. JUNG's acting career includes the highly popular Korean television drama "Full House" and Park Chan-wook's "I'm a Cyborg, But That's OK". He is an enormous popular singer in Asia.

"JUNG Ji-hoon/Rain again in Wachowski production"
by HanCinema is licensed under a Creative Commons Attribution-Share Alike 3.0 Unported License.
Based on a work from this source