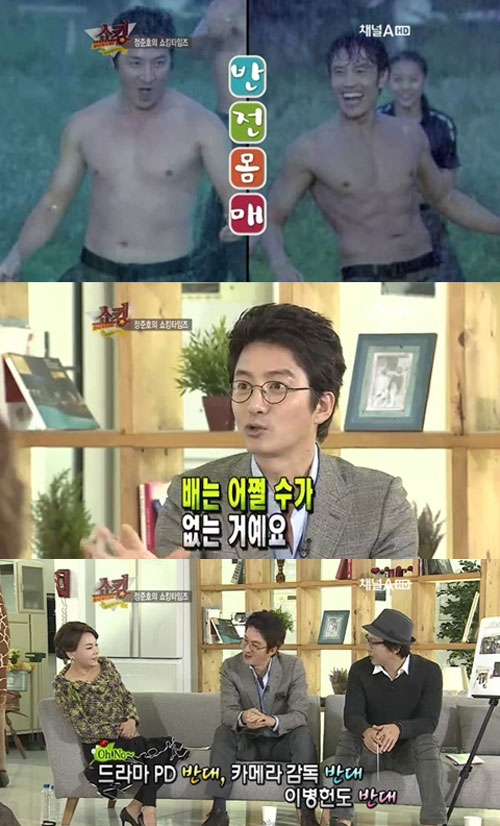 Actor Jung Joon-ho spoke about the time he was humiliated next to Lee Byung-hun.

He appeared in the Channel A talk show "Show King" and spoke about an incident that occurred during the drama "IRIS".

He said, "There was a scene where the two of us are training and the producer said we can wear a T-shirt if we want to".

He continued, "It's not fair that Lee Byung-hun with the good body should take his shirt off and we shouldn't. I thought we should wear it altogether or take it off altogether".

Then file pictures from then were shown and there was Lee Byung-hun with the perfect six pack and Jung Joon-ho with the chubby tummy.

He said, "I took everything thinking of highlighting the main actor once. I started doing push ups for an hour before the shoot, but the tummy, I couldn't do anything about".

He also said, "While Lee Byung-hun was monitoring the scene, he asked me to think about it again. He said I might regret it once it goes out on TV".

"Jung Joon-ho's humiliation VS Lee Byung-hun's six pack"
by HanCinema is licensed under a Creative Commons Attribution-Share Alike 3.0 Unported License.
Based on a work from this source