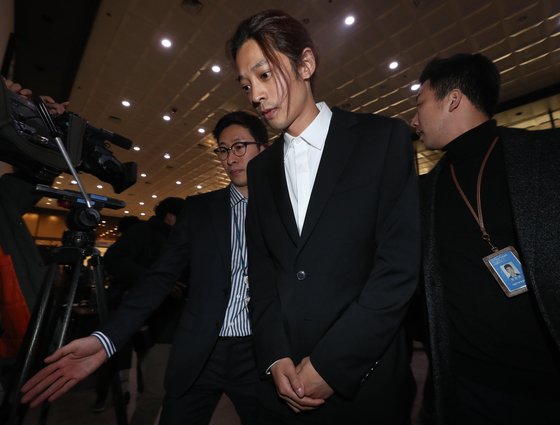 Singer Jung Joon-young, who's being accused of illegally filming and distributing of sex videos, apparently deleted the video when the victim found out, then asked a friend he'd sent it to for a copy.

A reporter from SBS funE appeared on the SBS radio "Lee Jae-ik's Political Show" on the 14th and revealed that he met about 4- or 5 victims so far. He said, "These victims can't file a report because they're afraid of their identities being exposed. They also begged for their videos to be erased and not be used in malicious ways".

"Normal people would be awakened by that, but Jung Joon-young casually asked for the video back saying, "The girl erased it. Let me 'get' it.'" It appears that Jung Joon-young didn't care about the criminal behavior and enjoyed it as if it was a game.

The reporter said, "The victims were in their early 20s when it happened. I cried hearing their stories".

Meanwhile, Jung Joon-young was summoned to the police at 10 in the morning on the 14th for violation of the special act on sexual video crimes.

It is highly probable that the video Jung Joon-young uploaded was not filmed with the consent of the other party, so they are planning to intensively investigate how the video was filmed and distributed.