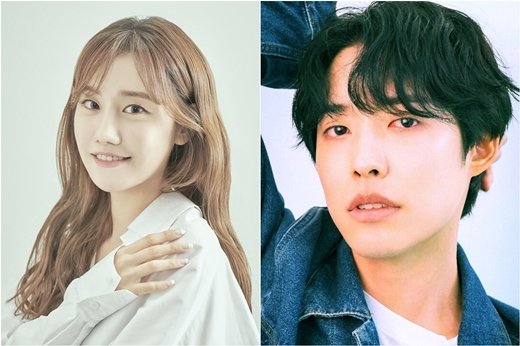 Child actor-turned-actors Jung Min-ah and model-actor Jung Heon have confirmed their appearance in "No Matter What", a new KBS 1TV drama.

Jung Min-ah who starred in "Damo", "I Hear Your Voice" and "Mr. Sunshine" as a kid, plays the role of Sin Ah-ri, a passionate writer who is willing to visit mountains all over the country to discover new broadcasting items. She used to be best friends with Bo-ra (Na Hye-mi) when they were at school but they turn their backs on teach other once they become stepsisters through their parents' marriage. Because of her mother who was divorced by her husband for standing surety for her first love, Ah-ri has had an unfortunate childhood and decides to retire early and doesn't believe in marriage. However, her plans go out the window over night.

Jung Heon plays Na Joon-soo, a promising startup CEO who shows outstanding management skills. Joon-soo, who grew up well thanks to his father, a former star producer and his mother, who has a wealthy family, quit prestigious medical school in the U.S. and suddenly changed his major to business administration and started an online food delivery startup after returning home. As they happen to go to the broadcasting station and reunite with Bo-ra, a childhood friend and first love, a strange atmosphere flows between friendship and flirting. Expectations are high on what kind of acting transformation Jung Heon, an all-around actor who has shown various characters in a number of works, including "A Woman's Secret", "Waves, Waves" and "My Only One" will show in the upcoming film.

Meanwhile, "No Matter What" is a family drama that depicts the story of children who have been through their parents' divorce and remarriage by their parents in the backdrop of a flower shop that's blooming with flowers 365 days a year and grow up by fiercely overcoming difficulties faced by work and love.