Jung Ryeo-won Reveals Why She Chose "Wok of Love" 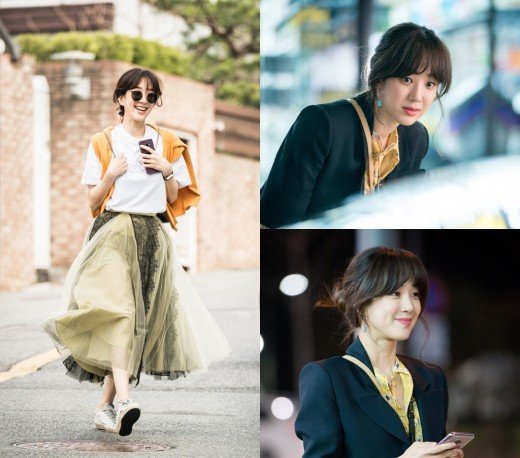 Jung Ryeo-won revealed why she chose "Wok of Love", the new SBS drama that is the latest work by writer Seo Sook-hyang who also wrote "Pasta" and "Incarnation of Jealousy". "Wok of Love" is a weekend romantic comedy which will stimulate viewers' appetite and romance feels.

◆ "It's my first romantic comedy in a long time, I'm excited"

Jung Ryeo-won last starred in "Witch's Court" in a role that was called her 'life character'. What made her decide to choose "Wok of Love"?

"I've always been a fan of Seo Sook-hyang and I wanted to try a romantic comedy. I wanted to be someone bright and lovely and luckily I met "Wok of Love". It's also exciting that I get to work with Jang Hyuk and Lee Junho as well as director Park Seon-ho-I".

◆ "Dan Sae-woo is whimsy but pure"

Dan Sae-woo is from a chaebol family that goes bankrupt. She's so pure at heart that she doesn't get let down although she just hits rock bottom from the very top.

"Dan Sae-woo is whimsical. She's so pure, polite and was raised under amazing parents with lots of money. She doesn't fear people and only tends to look at the good side of people. She isn't suspicious about things and doesn't know much about the ways of the world".

Jung Ryeo-won is practicing to be Dan Sae-woo. She said, "I was cynical in the previous drama, but I'm trying to transform now. The main background of the drama is a Chinese restaurant so I'm learning to use knives and pans. Also Dan Sae-woo is an excellent horseback rider and fencer so I've been working on those".

Jung Ryeo-won says "Wok of Love" is a sweet experience. It's very abstract expression but that's exactly what it is. When you watch it, you'll understand why I use the word "Sweet"".

SBS drama "Wok of Love" begins on the 7th of May.

"Jung Ryeo-won Reveals Why She Chose "Wok of Love""
by HanCinema is licensed under a Creative Commons Attribution-Share Alike 3.0 Unported License.
Based on a work from this source