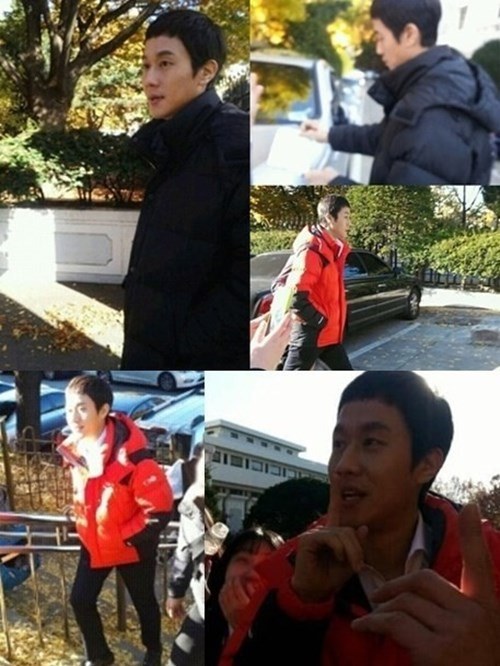 Several pictures of him were posted on an online community recently.

A fan posted them and the pictures are of Jung Woo in the role of Rubbish in the tvN drama "Answer Me 1994".

Jung Woo in the picture is wearing padded jumpers and in one, making a 'hush' sign with his finger or giving out his autograph to fans.

Netizens say, "He's so handsome", "He's the hottest issue at the moment", "He's much more handsome up close", "Where's a man like Jung Woo?" and more.

Meanwhile, "Answer Me 1994" can be scene every Friday and Saturday night at 8PM.

"Jung Woo on site"
by HanCinema is licensed under a Creative Commons Attribution-Share Alike 3.0 Unported License.
Based on a work from this source