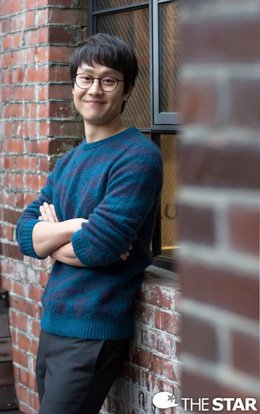 Actor Jung Woo, who won girls' hearts with his role in the 2013 drama "Replay 1994", played a romantic once again in his latest project "C'est Si Bon".

The film is set in a music hall in the 70s which actually existed. It tells the story of a popular trio at that time, and their love for the same woman they consider their muse.

Jung Woo's character does everything for her and even betrays his friends to help her out of trouble even when she left him for another man.

Jung said he did not want to get pressured to put a limit on his acting just because he was playing a real person. Sticking to the script, he tried not to exaggerate.

"While acting in front of the camera, I didn't feel shy, but now I feel awkward watching the scenes I appear in", the actor said.

Asked if he could turn against a friend for love as his character does, he said, "I would definitely choose love, but it's not something that you do easily. If it really happened, it would be heartbreaking.

"Jung Woo Says He'd Put Love Before Friendship"
by HanCinema is licensed under a Creative Commons Attribution-Share Alike 3.0 Unported License.
Based on a work from this source