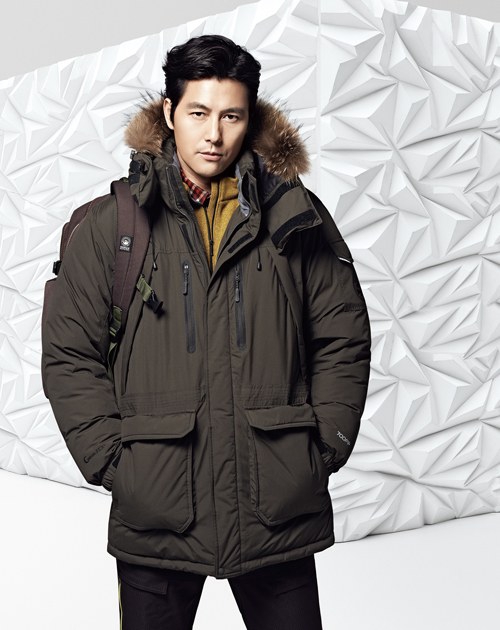 Jung Woo-sung gave out down-jackets to all the staff and cast of the movie "God's Trick".

He presented them with 150 down-jackets from the outdoor brand he is modeling for.

"God's Trick" is currently filming in the outdoors of Seoul and Kyeonggi. Everyone is working hard in the cold and Jung Woo-sung warmed them up with this sweet present. Everyone felt touched.

According to his agency, Jung Woo-sung is the type to think about and worry about the people around him much. He hopes this present helps them stay warm and the movie to be completed without any trouble.

"God's Trick" is a noir movie about a man who avenges the frauds who takes everything from him in a game of checkers. The cast includes Ahn Sung-ki, Lee Beom-soo, Kim In-kwon, Lee Si-young, Ahn Kil-kang, Choi Jin-hyuk and more. It is to be released in 2014.

"Jung Woo-sung presents 150 jackets"
by HanCinema is licensed under a Creative Commons Attribution-Share Alike 3.0 Unported License.
Based on a work from this source