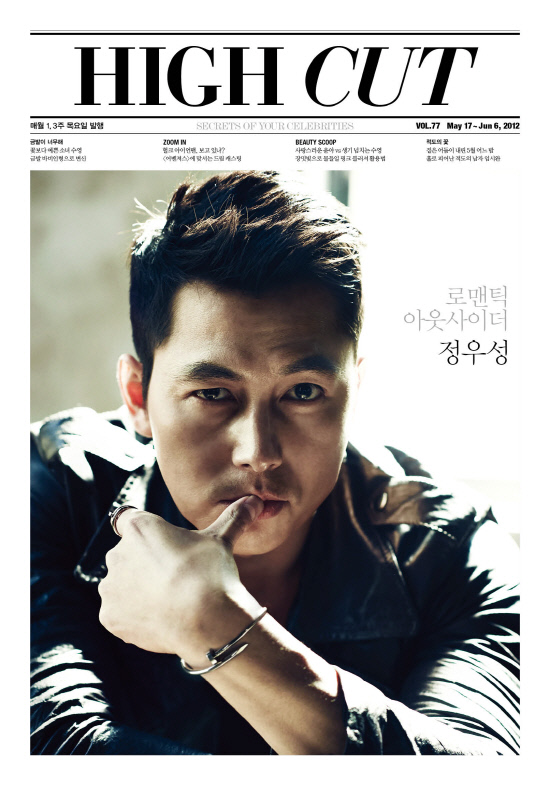 Jung Woo-sung was seen in a star style magazine called "High Cut". He appeared strong and warm at the same time with a tough leather jacket and white background. His outstanding length and expressions added to a high quality photo shoot. His Cartier bracelet and rings gave the impression of a 'royal prince'.

In an interview after the photo shoot, Jung Woo-sung told the behind story about his unique comedy style and his well being after the JTBC drama "Padam Padam... The Sound of His and Her Heartbeats". About the ending of the drama that was supposed to be a sad ending but changed into a happy ending last minute, he said, "The actual character was supposed to die but the director chose the safe route and not the risky one. Even wirter Noh Hee-kyeong said she couldn't kill 'Kang-chil'".

About his comedy codes, he said, "They call it 'deserted island joke'. My jokes are the kind I just throw at a bunch of people when they are not aware and blue and I just contemplate on my own".

About a recent joke he made at a junior actor recently, he said, "It wasn't an announcement. There are many juniors of mine like Jo In-sung and Won Bin who aren't married yet and they don't seem like they're going to anytime soon".

Jung Woo-sung's photo shoot can be seen in the 77th issue of "High Cut". The unrevealed cuts can bee seen on www.highcut.co.kr. The High Cut digital magazine application for iPad can be found in the App Store for behind scenes and videos. High Cut can be found in convenient stores, Kyo Bo book stores, Bandy and Roonie's and Yeong Poong book stores all over the nation. 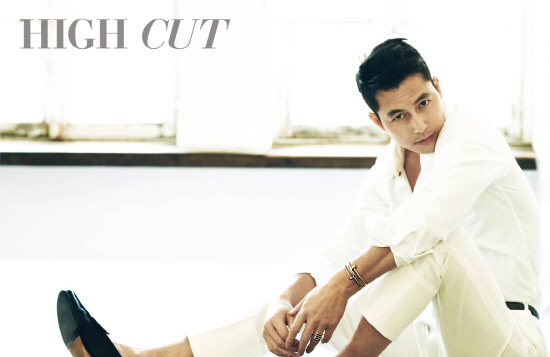 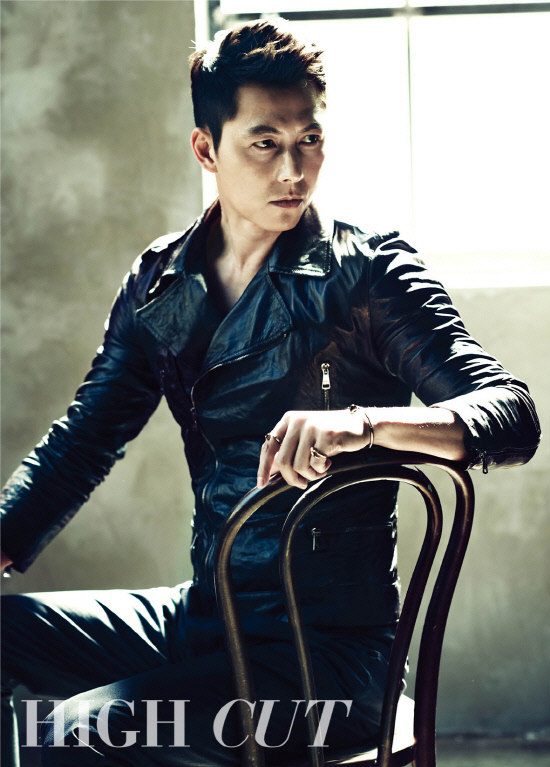 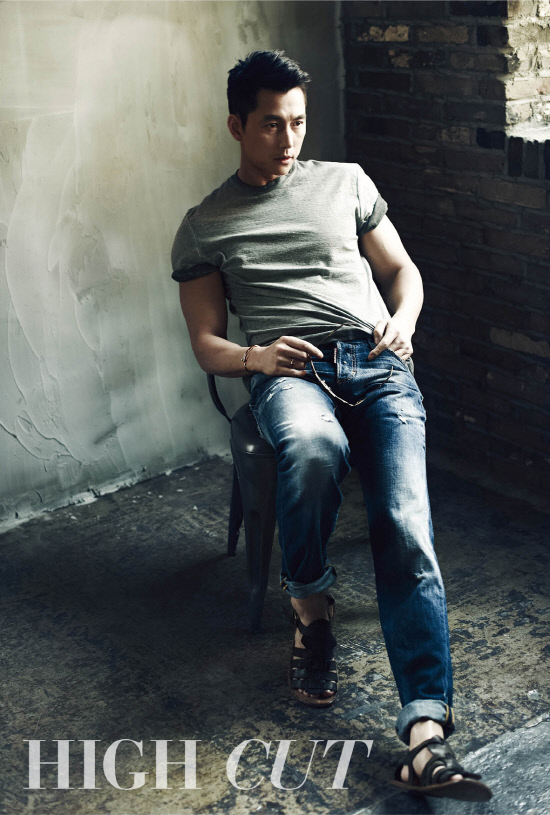 "Jung Woo-sung swoons women"
by HanCinema is licensed under a Creative Commons Attribution-Share Alike 3.0 Unported License.
Based on a work from this source