Junsu and Byun Yo-han take selfie together to prove friendship 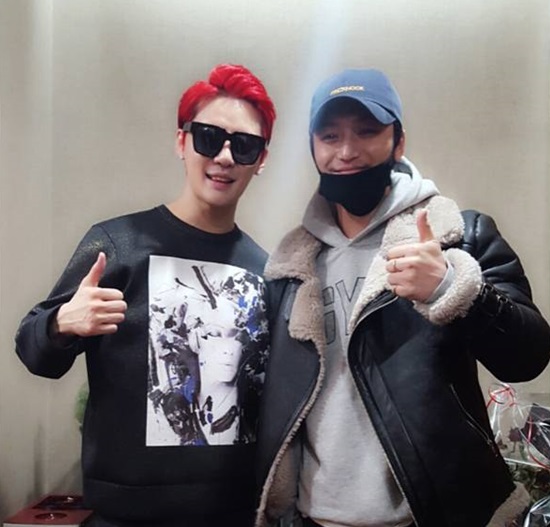 Junsu and Byun Yo-han look close to each other.

On February 8th, JYJ Junsu posted a photo on his personal Instagram, saying "Yo-han ssi came to watch my musical 'Dracula'. It's a little awkward yet, but he's such a good friend of mine. Hoping the day I would call his name without 'ssi', will come soon, let's get closer. This man, his personality is really cool".

In the revealed photo, Junsu and Byun Yo-han with their thumbs up are smiling together.

Junsu is currently performing on the stage for musical 'Dracula'.

"Junsu and Byun Yo-han take selfie together to prove friendship "
by HanCinema is licensed under a Creative Commons Attribution-Share Alike 3.0 Unported License.
Based on a work from this source