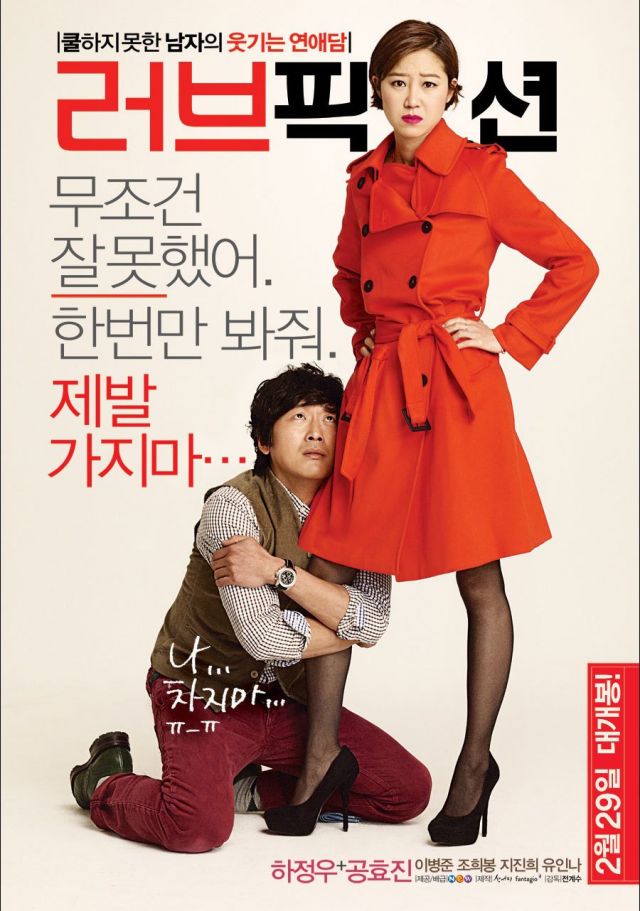 Introducing the greatest love story of our time

If you're expecting a typical lovey-dovey story between Ha Jung-woo and Gong Hyo-jin, you're in for a real surprise.

This is no ordinary love story!

"Love Fiction" presents the audience with the good and bad of love and relationships in the real world.

On February 20th, "Love Fiction" had its VIP preview.

The premiere was filled with stars eager to watch "Love Fiction". 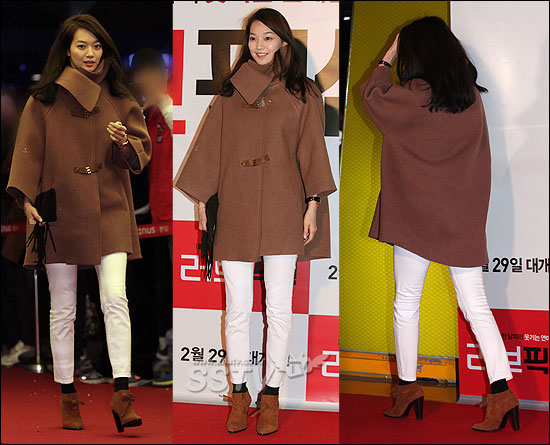 Shin Min-ah follows in after Song Yoon-ah. She and Gong Hyo-jin are well-known as being close friends.

[Interview : Shin Min-ah, Actress] "I was invited today by Gong Hyo-jin. I think the movie's going to be so much fun. Go "Love Fiction"!" 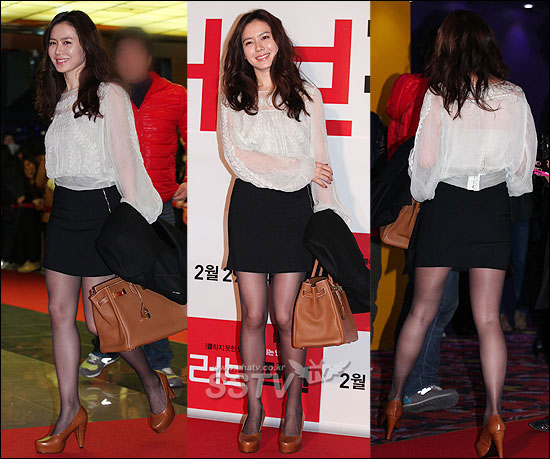 [Interview : Son Ye-jin, Actress] "Good luck to "Love Fiction!" Hyo-jin and Jeong-woo, I'm really looking forward to the movie! It's going to be a huge success". 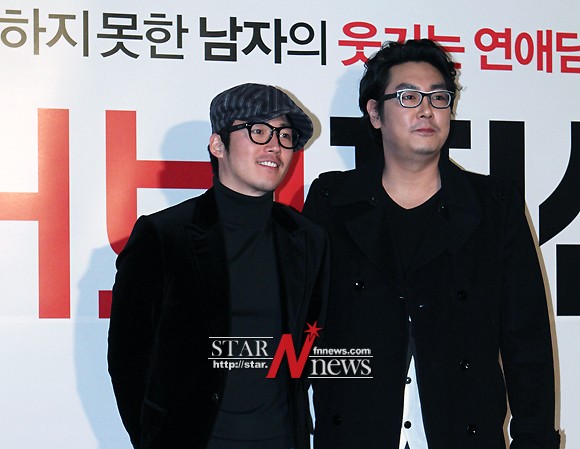 Male stars were on the red carpet as well! Jang Hyuk and Cho Jin-woong were there.

[Interview : Jang Hyuk, Actor] "Jeong-woo invited me to come today. He's been telling me that it's a fun movie even before they went into filming. I'm really looking forward to the movie, and I hope I enjoy myself. Go "Love Fiction"!"

The seats are filled with an excited audience. Shin Min-ah is also seated and waiting.

The cast of "Love Fiction" arrives in the theater!

It must have been hard to park today. Thank you for coming, and relax and enjoy the movie.

In the movie, the two characters, Ju-wol and Hui-jin , meet as if by fate.

They begin their romance, and fill their days with happy memories.

[SOV]
[Interview : ] "I thought I had finally met the perfect girl!"

[Interview : Gong Hyo-jin, Actress] "The audience gets to see how a man changes at a certain point in the relationship. For guys, it's a chance to look back and think about the great girls that got away. For girls, it's a movie full of tips on how to keep a guy interested".

"Love Fiction" is a movie that reveals the good, the bad, and the ugly of modern relationships! Catch it in theaters on February 29th.

The good and the bad it's almost like a tutorial.
It looks pretty accurate. I think I'd like to see it.
Well stick with us up next we'll show you how a Korean firm is sprucing up the wardrobes of fashionistas around the world.

"K-celebrities now 2"
by HanCinema is licensed under a Creative Commons Attribution-Share Alike 3.0 Unported License.
Based on a work from this source