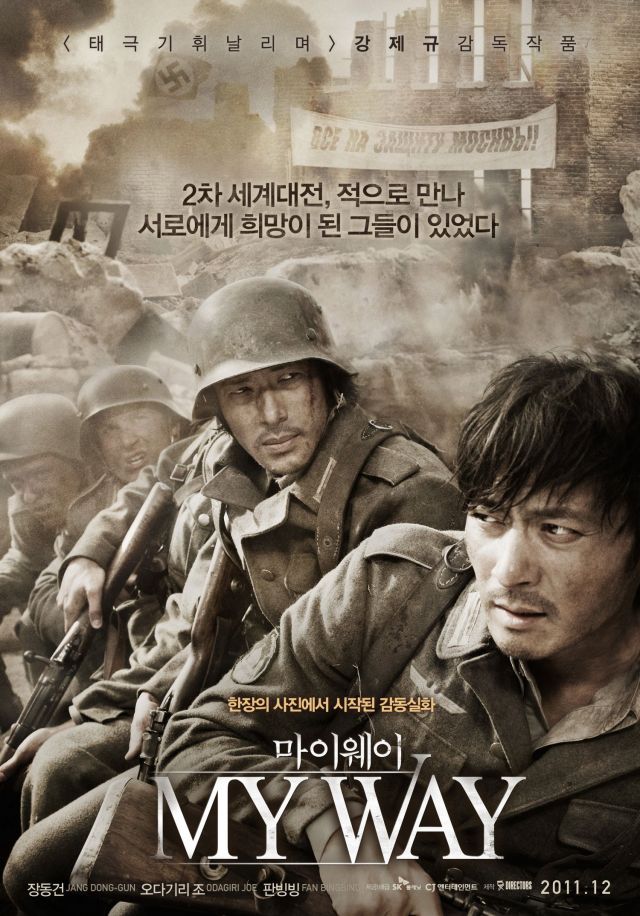 "My Way" opened in the theaters on December 22nd, and in just five days reached over one million viewers! Meet the stars of Korea's big box office hit.

These days, movies from both Korea and abroad are fighting to attract the largest crowds during the holiday rush. "My Way", starring Hallyu star Jang Dong-gun, seems to be leading the pack.

[Interview : Jang Dong-gun, Actor] "It was a very hard project. I was very nervous about how the audience would take the movie once it was released".

"My Way" is the first Korean movie set in World War II. Even Jang Dong-gun, a seasoned actor with twenty years of experience, says he had some trouble getting through some of the scenes. In the film, Jang Dong-gun plays Jun-sik, a Korean who was conscripted into the Japanese army during colonial rule and had to fight for Japan in the Second World War.

[Interview : Jang Dong-gun, Actor] "My character "Jun-sik" is a character that is not shaken and remains constant, even through war. He doesn't change, but he changes people around him. I'm sure that the audience will grow to love him".

Kang Je-gyu, the director who made the successful movie "Taegukgi", was inspired to make "My Way" by one photo.

[Interview : Kang Je-gyu, Director My Way] "I was shocked by a documentary in 2005 that told the story of Korean men being drafted into the Japanese Army during World War II, and eventually fighting in the Battle of Normandy. Just like the movie "Taegukgi", "My Way" was inspired by a documentary".

Jang Dong-gun was joined on set by Japanese actor Joe Odagiri and Chinese actress Fan Bingbing, bringing together an A-list cast from all of East Asia.

[Interview : Joe Odagiri, Actor] "It was tolling to act out a character that is changed by war. Whenever I had trouble, I would talk to Director Kang about the script and think about it together".

"My Way"'s thrilling scenes and a 4D release giving the audience a more complete sensory experience has made the movie an even bigger success. Girl group Kara's Goo Ha-ra makes a cameo appearance, and renowned tenor Andrea Bocelli sings on the soaring soundtrack. Be sure to check out "My Way", in theaters now.

Looks like a great action packed movie.
4D I wonder how that's going to turn out!