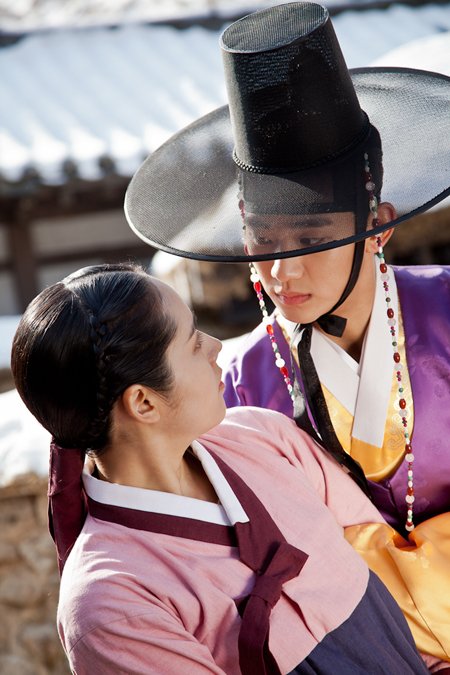 Kim Soo-hyun, top right, embraces his onscreen love interest Han Ga-in in a scene from "The Sun and the Moon" ,a popular MBC drama. / Courtesy of Pan Entertainment

This is the 10th in a 15-part series on the stars and trends of "hallyu", or the Korean wave, which is gaining popularity in Southeast Asia and Latin America. The Korea Times is producing this special project in cooperation with the Korea Foundation and CJ E&M. - ED.

A variety of soap operas, from trendy shows to epic series, grace the small screen from morning till night. The popularity of Korean TV dramas has spilled over the nation's borders since the late 1990s, igniting "hallyu", or the Korean wave.

The biggest hit of the first half of this year is MBC's "The Sun and the Moon", which aired from January to March. Starring Kim Soo-hyun and Han Ga-in, it portrayed a love story between a fictional king and a female shaman during the Joseon Kingdom (1392-1910). It recorded an average viewer rating of 32.9 percent, which peaked at 42.2 percent for the last episode.

Based on the domestic hit, the broadcast rights were sold to several Asian countries - including Japan, Hong Kong, Singapore and the Philippines - and reached sales of over 200 billion won.

"Two thumbs up. This drama was so beautiful and I can't choose words to describe it. I like everything about this drama such as story, setting, cast, acting of all the cast was full of intricacy", a Filipino fan of the drama said in an online community for Korean dramas. 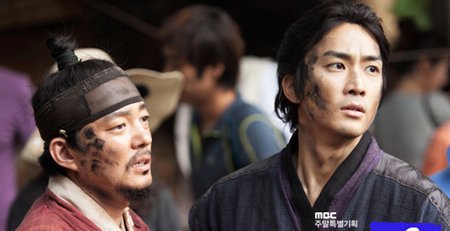 Song Seung-heon, right, stars in a scene in "Dr. JIN". / Courtesy of MBC

Hundreds of people gather at such websites to share information and thoughts on Korean soaps. Though the programs are aired in Korean, they are translated into English and other languages by fans within 24 hours and quickly spread across the globe via the Internet.

The popularity of Korean television dramas has become an important part of the nation's export along with other cultural industries such as music, films and food.

The dramas are profitable but they also promote sales in related industries and products. The Korea Export-Import Bank Overseas Economic Research Institute released a report in May that a $100 increase in the export of hallyu cultural products resulted in a $412 increase in that of consumer goods. 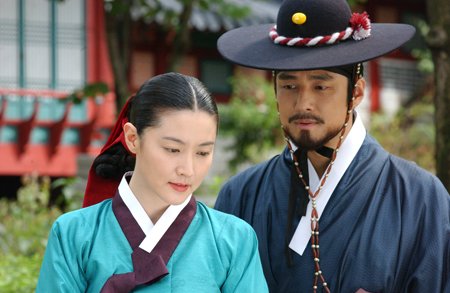 Lee Young-ae, left, and Ji Jin-hee in a scene from "Dae Jang Geum", the television drama that fueled the K-drama wave across much of Asia. / Korea Times file

At the 18th Shanghai Television Festival in June, one of the biggest East Asian content markets, total sales from export contracts of Korean TV programs reached around 11 billion won, a 7.5 percent increase from the previous year, according to the Ministry of Culture, Sports and Tourism.

The nation's three major networks managed to sell the broadcast rights of shows to various Asian countries including MBC dramas "I Do, I Do", "Dr. JIN" and "Can't Live without You"; SBS's "The Rooftop Prince"; and KBS's "Big", "The Man From the Equator" and "I'll Give You The Stars and The Moon". All of the shows exported were produced this year.

Of all the soaps sold abroad this year, KBS's "Love Rain", starring Jang Keun-suk and Girls' Generation's Yoona, went for the highest price to Japan before it even broadcast in Korea. It cost 4.5 billion won per episode, adding up to some 90 billion won in total. The popular program has been sold to 12 countries in Asia and Europe including China, Singapore and Malaysia and recorded around 115 billion won in overseas sales.

Success overseas does not necessarily lead to the same situation in the country where the programs were originally produced. "Dr. JIN" was exported to Taiwan and Thailand in June before it ended in Korea where it only achieved an 8.8 percent audience rating even with famous Korean actor Song Seung-heon as the male protagonist. 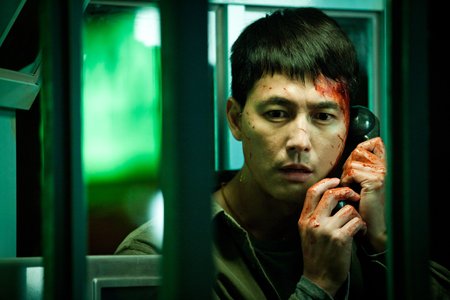 Jung Woo-sung in a scene from "Padam Padam... The Sound of His and Her Heartbeats" / Courtesy of JTBC

Cable channels are also chasing major TV networks in overseas exports. tvN's "Yellow Boots", in which actress Lee Yu-ri stars, was sold to Japan, Taiwan, Singapore and Indonesia last month. The channel's popular drama "Shut Up: Flower Boy Band" was also exported to Japan in February. A number of good-looking actors were cast for the television series including Lee Min-ki and Lee Hyun-jae. JTBC, a broadcasting company established by the Joongang Ilbo, is one of the rising contributors as its dramas such as "Padam Padam... The Sound of His and Her Heartbeats" was sold to KLIKSAT, a German cable network, at the world's leading content trade show MIPTV in Cannes, France, in April.

Experts see further growth for K-drama sales as they are becoming more diverse and well-made.

KCCA researcher Lee Yang-hwan said tight plots and strong characters have made Korean soaps popular both at home and abroad. "The overall quality of Korean dramas has improved along with their international popularity. The importance of scriptwriters and producers has become more recognized", he said. 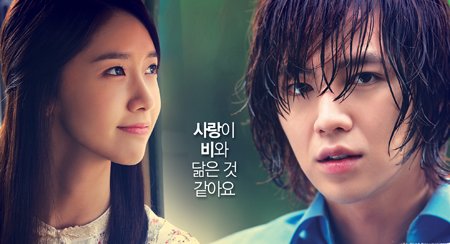 Yoona, left, and Jang Keun-suk, in a poster for "Love Rain", a drama that was sold in Japan even before it was broadcast in Seoul. / Courtesy of KBS

However, Lee pointed out that dramas targeting overseas sales by starring top hallyu stars, such as "Love Rain", might backfire as they center on a rather specific market and lack universality.

"'Dae Jang Geum', one of the most popular Korean shows globally, was sold to some 120 countries, from Asia, Europe and the United States to the Middle East and South America. When cultural content goes from one cultural area to another, it has to be universal", Lee said.

Japan is the largest market for Korean dramas and selling a program there is more profitable than deals with most other countries, the researcher added.

He also said it is essential to expand the reach of Korean dramas to Europe and South America, and that Korean content makers are ignorant of these markets.

"Hallyu in South America is dominated by K-pop and telenovela is very popular in the region. Such facts should be analyzed prior to making paths overseas", Lee said.

Starring popular singers and K-pop idols or hiring them to sing soundtracks for the shows could create synergy between K-pop and K-drama.

Participating in content trade fairs such as MIPTV and MIPCOM would introduce K-dramas further and boost sales.

"MIPTV added new section MIPCube focusing on state-of-the-art media technologies such as 3D and social networking services. Korea is strong in cutting-edge information technology and it would provide a springboard for Korean dramas", he said.

"K-drama leads 'hallyu'"
by HanCinema is licensed under a Creative Commons Attribution-Share Alike 3.0 Unported License.
Based on a work from this source