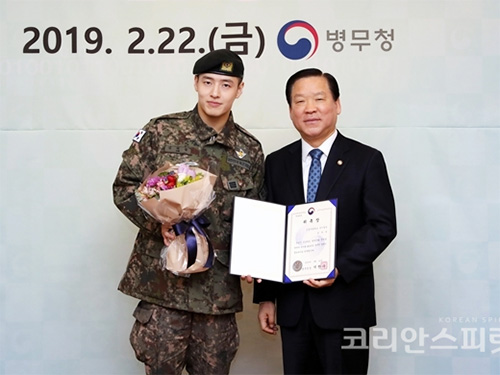 Kang Ha-neul and Shinheung Military Academy army musical co-stars Ji Chang-wook, Kim Sung-kyu and Oh Jin-young were appointed as honorary ambassadors of the Military Manpower Administration's (MMA) campaign for fair and transparent management of the military service system. The ceremony took place at 11:30 am KST on February 22 at the Air Force Hall in Yeongdeungpo, Seoul.

As honorary ambasssadors, they will participate in events organized by the MMA until December of this year. 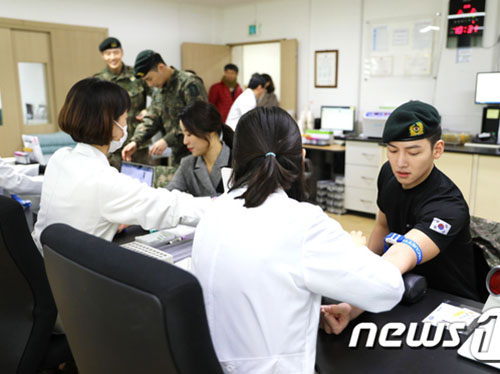 (Caption in above photo: Prior to the ceremony, they visited the military inspection office to undergo physical examination with the draftees.)

MMA commissioner Ki Chan Soo said, "I hope that the various promotional activities will contribute towards fostering equity in the military service system and further encourage the youth to take pride in serving the country". 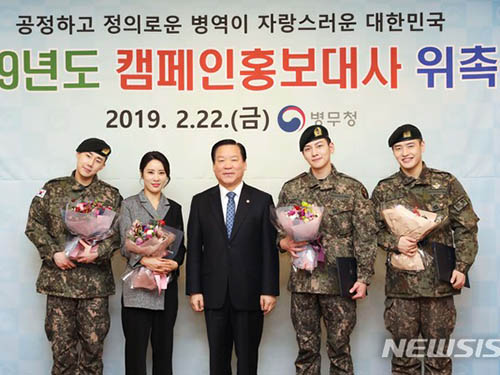 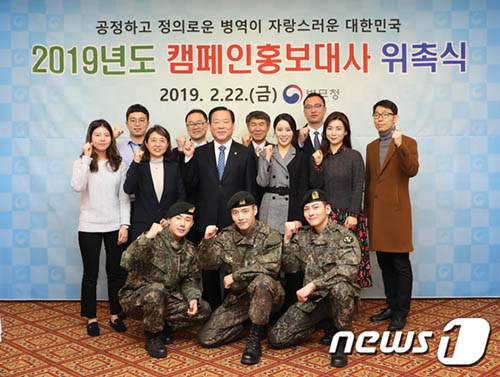 The MMA is a branch under the Ministry of National Defense that performs vital personnel functions in the military including the administration of the military service system, among others.

The promotional campaigns and activities that the new ambassadors will engage in will be made available in various social media outlets operated by MMA: Youtube (www.youtube.com/user/MMA15889090), Blog (blog.daum.net/mma9090), Facebook (www.facebook.com/mma9090) and Twitter (twitter.com/mma9090). 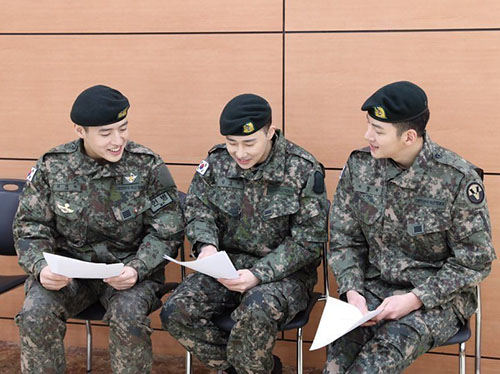 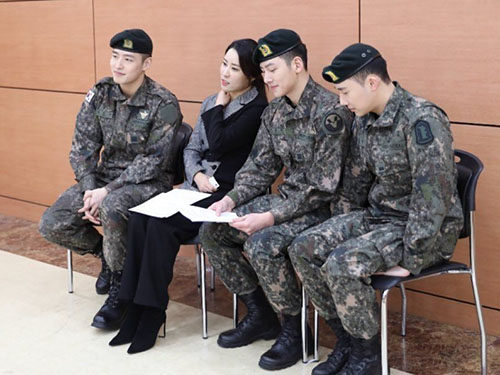 Meanwhile, Kang Ha-neul enlisted on September 11, 2017 and is expected to be discharged on May 23, 2019. He is part of the military police motorcycle unit at the Army Headquarters in Gyeryong City. He is currently participating as one of the lead actors in military musical Shinheung Military Academy that is scheduled to hold encore performances at KwangLim Arts in Seoul from February 27 to April 21, 2019. 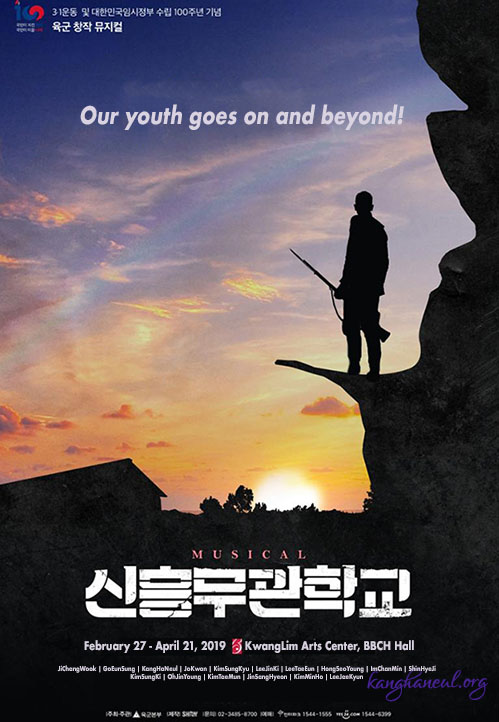 "Kang Ha-neul Becomes Honorary Ambassador for the Military Manpower Administration"
by HanCinema is licensed under a Creative Commons Attribution-Share Alike 3.0 Unported License.
Based on a work from this source