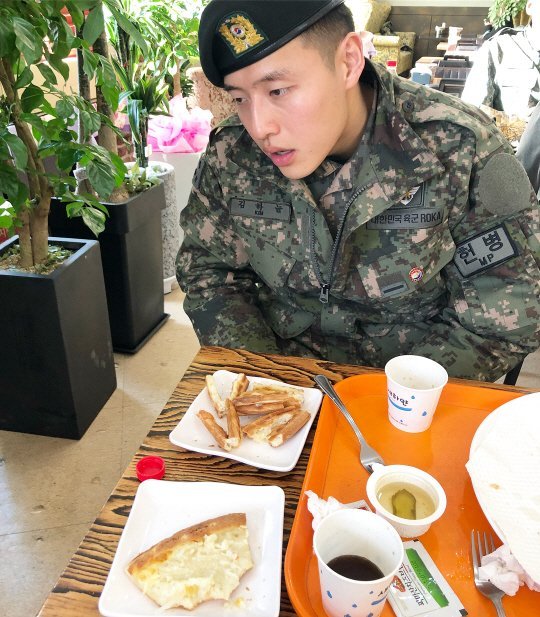 Actor Kang Ha-neul is 5 months into his military life.

Actress Bae Hyo-won posted a picture on his SNS saying, "He can't eat anymore. We don't eat the cheese crusts".

In the photo, Kang Ha-neul is in uniform. Leftover pizza crusts are piled in front of him and he looks like he's had enough.

"Kang Ha-neul Enjoys Pizza While in Uniform"
by HanCinema is licensed under a Creative Commons Attribution-Share Alike 3.0 Unported License.
Based on a work from this source