Kang Ha-neul Transforms Into a Love Clown for "Fantasy Tale" 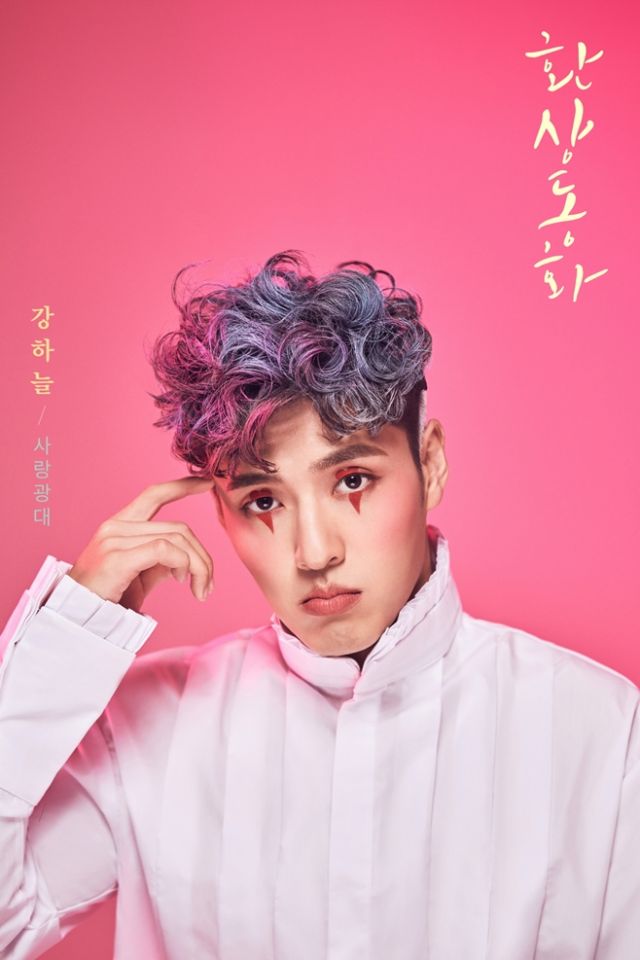 On 28 November, Kang Ha-neul's character poster for his new project, theatrical production "Fantasy Tale" was unveiled ahead of its opening in December. The captivating image of Kang Ha-neul shows his transformation into the Love Clown, the character he embodies in his new project.

The Love Clown dons a white, frilly shirt which expresses his purity and child-like innocence. In addition, his hair make-up provides contrast to his shirt, and his distinctive facial expression with his pouty, closed-lipped pose gives off a mysterious vibe.

Kang Ha-neul has proven his acting ability by fully immersing himself in a role in a variety of projects he has taken part of. In the upcoming theatrical play "Fantasy Tale", the actor's capability to convey unrestrained happiness and sadness as a clown is gaining keen attention from critics and the public.

The actor selected "Fantasy Tale" as a follow-up project to "When the Camellia Blooms", a highly-rated and popular drama that has made him a household name. In the drama, his excellent portrayal of Hwang Yong Sik, a naive and pure-hearted man with rustic charms showed that he has indeed blossomed in acting and has established himself as another "great actor". The new project "Fantasy Tale" is even more anticipated as it exhibits his choice and beliefs as an actor.

"Fantasy Tale" will be performed from 21 December 2019 to 1 March 2020 at the Cotton Hall of Dongduk Women's University Performing Arts Center. The second round of ticket sales will open at 2pm Korean time on 29 November at ticketing website Interpark.

"Kang Ha-neul Transforms Into a Love Clown for "Fantasy Tale""
by HanCinema is licensed under a Creative Commons Attribution-Share Alike 3.0 Unported License.
Based on a work from this source