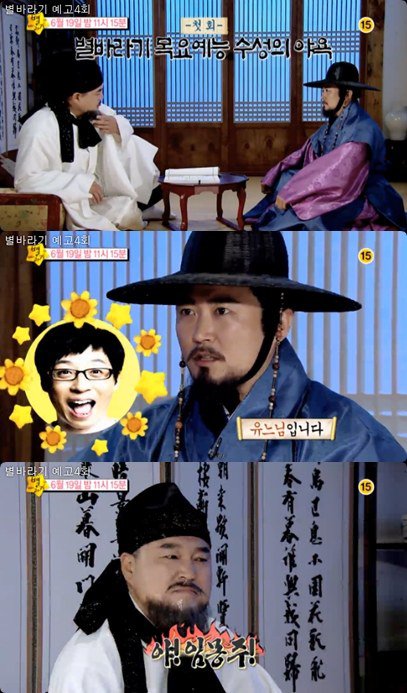 A footage on the MBC official homepage showed Kang Ho-dong and Lim Ho parodying a scene from "Jeong Do-jeon" to promote the new TV show "Starflower".

In the video, the two are debating reclaiming the throne on Thursdays. Kang Ho-dong was Jeong Do-jeon and he said, "I am going to reclaim Thursdays back".

Lim Ho, dressed as Im Mong-joo said, "Your competition is Yoo, the one all children look up too".

Kang Ho-dong was a great actor in this short teaser despite the fact that it was his first historical role.

Their synergy in the coming TV show has many anticipating.

"Kang Ho-dong and Lim Ho parody "Jeong Do-jeon""
by HanCinema is licensed under a Creative Commons Attribution-Share Alike 3.0 Unported License.
Based on a work from this source