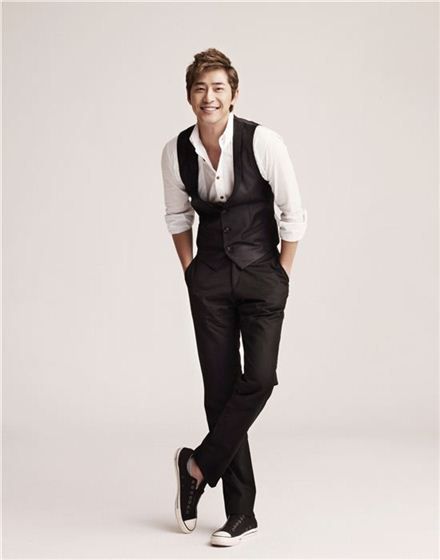 A press release issued by S-Plus on Tuesday stated that the two firms have found common ground on issues surrounding management of the actor's career, leading both S-Plus and Jambo to "put behind the legal battle stemmed from misunderstandings and a conflict of opinions and reach a positive conclusion".

The two parties had been embroiled in a row since early this year when Jambo claimed that Kang had breached terms of his exclusive contract with them, valid until August, by signing with S-Plus in January.

S-Plus, while admitting Kang had several months left on his previous contract but affirming that legitimate measures were taken to legalize Kang's move, in turn then pressed charges against Jambo on charges of embezzlement and document forgery. Police had been cross-examining Kang and Jambo since March.

He has also starred in several movies including "My Girlfriend is an Agent", the latter a comedy action film co-starring Hallyu star Kim Ha-neul which placed him onto stardom throughout several countries in Asia.

Most recently, he finished playing a role in TV series "Coffee House" and he is now the producer for musical "Cafe In". He will star in the production during its run in Japan set to start on October 16.

"Kang Ji-hwan agency ends dispute with Kang's former rep"
by HanCinema is licensed under a Creative Commons Attribution-Share Alike 3.0 Unported License.
Based on a work from this source