Kang Ji-hwan and Yoon Eun-hye "Lie To Me" 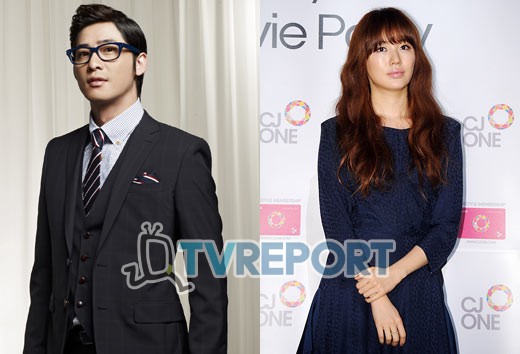 Actor Kang Ji-hwan and Yoon Eun-hye have been finally chosen as the lead character for the new SBS TV drama "Lie to Me" (written by Kim Ye-ri, directed by Kim Soo-ryong).

"Lie to Me" is about a marriage scandal involving a royal family guy Hyeon Ki-joon and Korea's representative off-the-wall single woman Gong Ah-jeong in her 20s.

Kang Ji-hwan is super elite hotel CEO Hyeon Ki-joon who has the looks the power and the education as a royal family, along with pride, responsibility and manner.

Yoon Eun-hye is quite off the wall and extempore but has hard and strong initiatives Gong Ah-jeong.

Kang Ji-hwan said, "I am happy to meet the viewers with such a good project and I think I'll be able to show a whole new side of me with the character of Hyeon Ki-joon".

Someone in the productions crew revealed, "Kang Ji-hwan and Yoon Eun-hye getting together along should create a cynergy effect and "Lie to Me" will become the best romantic comedy drama".

"Lie to Me" will be first broadcasted after "Midas" on the 9th of May.

"Kang Ji-hwan and Yoon Eun-hye "Lie To Me""
by HanCinema is licensed under a Creative Commons Attribution-Share Alike 3.0 Unported License.
Based on a work from this source