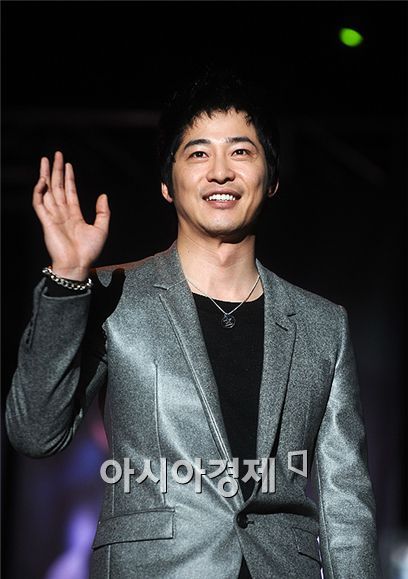 Actor Kang Ji-hwan is on the verge of being sued by talenthouse Jambo Entertainment which claims Kang signed a contract with a new agency although his current contract with Jambo is valid for several more months.

Kang's new agency, S Plus Entertainment, had announced through a press release last Friday that they had signed with the 32-year-old actor. Kang had reportedly sent a contents-certified letter last month to Jambo, asking to be freed from his contract to which he is legally bound till August this year.

"The statement by another company regarding Kang shows he has signed a dual contract which is violation of the terms of agreement mentioned in our exclusive contract with him", Jambo stated in a press release later in the day.

They hinted toward taking legal action, saying that they will take the appropriate measures after consulting their legal advisor.

Jambo also expressed their disappointment toward the actor whom they had worked with for six years. "We had never imagined he would cut off all communication and leave us like that. It saddens us to think he couldn't wait a mere eight months".

Regarding the actor himself, Jambo said, "He was a good well-mannered and passionate... The person we see right now seems like a stranger".

Kang debuted in 2001 in the Korean version of the musical "The Rocky Horror Show". He later gained fame after appearing in notable television dramas, such as "Be Strong, Geum-Soon!"(2005), "Capital Scandall"(2007) and "Hong Gil Dong"(2008).

He has also starred in several movies including "Rough Cut" and most recently "My Girlfriend is an Agent", a comedy action film co-starring Hallyu star Kim Ha-neul.

"Kang Ji-hwan may face lawsuit by former agency"
by HanCinema is licensed under a Creative Commons Attribution-Share Alike 3.0 Unported License.
Based on a work from this source