Kang Ji-hwan to promote 3 of his works in Japan 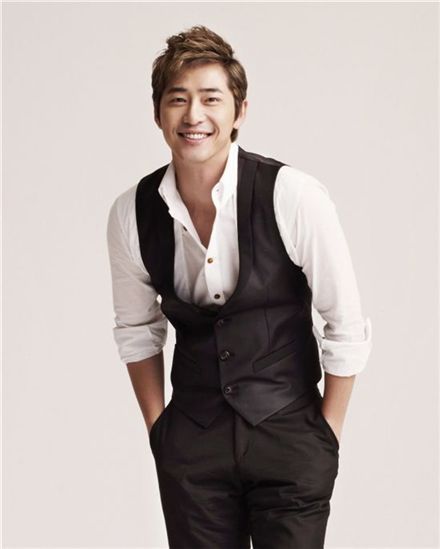 Korean actor Kang Ji-hwan will be in Japan to promote three of his works.

A press release from his agency S-Plus Entertainment announced that Kang flew to Japan last week to begin promoting the SBS drama "Coffee House", set to air in the country at the end of October, in Nagoya over the weekend.

The actor will then take the stage for the first-ever international performance of musical "Cafe In" that will open its curtains in Tokyo on October 16 to November 7.

Kang will also be in Osaka, Nagoya and Fukuoka to introduce the hit movie "My Girlfriend is an Agent".

An official from S-Plus explained, "Kang's popularity in Japan has steadily been increasing. He will be on the Broadway stage in Tokyo during fall and winter for "Cafe In" and preparing for the wide release of his movie "My Girlfriend is an Agent" as well".

"I am able to promote my works in the country through the support of my fans. I am set on doing a good job", the actor said through his agency.

Kang made his debut in the entertainment industry through the musical "Rocky Horror Show" in 2001 and "Grease" (2004).

"Kang Ji-hwan to promote 3 of his works in Japan"
by HanCinema is licensed under a Creative Commons Attribution-Share Alike 3.0 Unported License.
Based on a work from this source