Kang Ji-hwan to star in Korean original musical in Japan 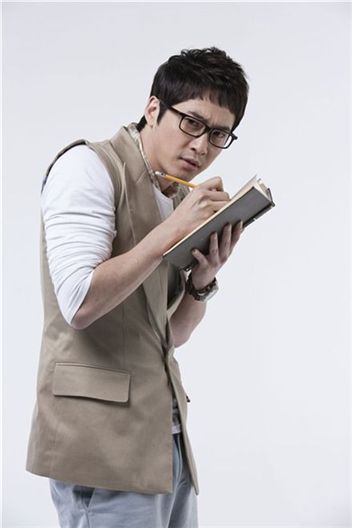 Korean actor Kang Ji-hwan has been cast in an original Korean musical production titled "Caffeine", which he also co-produced, as the production sets sail for its first overseas run in Japan.

According to a press release by his agency S-Plus Entertainment on Wednesday, the actor will be performing in 23 shows in Japan, from October 16 to November 7.

He will also be taking part, as producer, in the Korean version of the musical which kicks off in August.

"Kang Ji-hwan has been the driving force behind the projects", said an official at production company SH CREATIVE WORKS. "He has been involved since the initial planning stages of both the Korean and Japanese versions of the musical".

The official further added that the actor will start rehearsing for "Caffeine" as soon as his current SBS TV series "Coffee House" ends its run on the small screen.

A source at agency S-Plus also explained that Kang understands the significance of producing an original musical and starring in the overseas tour of the production. No Korean star has ever accomplished such a feat and Kang, the source said, "hopes that this project will succeed and become the foundation for the growth of Korean Wave".

"Caffeine", a story about a female barista and a male sommelier who fall in love, was a hit during its initial run in Korea last year. This year, the show will begin its run in August at Seoul's Art One Theater.

Kang made his debut in the entertainment industry through popular musical productions "Rocky Horror Show" (2001) and "Grease" (2004).

Tickets for the Japan shows are open for reservation on Kang's official Japanese website (www.kangstar.jp) from May 27 through June 2.

"Kang Ji-hwan to star in Korean original musical in Japan"
by HanCinema is licensed under a Creative Commons Attribution-Share Alike 3.0 Unported License.
Based on a work from this source