Kang Ji-whan, Kyung Soo-jin to Star Together in Time-Travel Soap 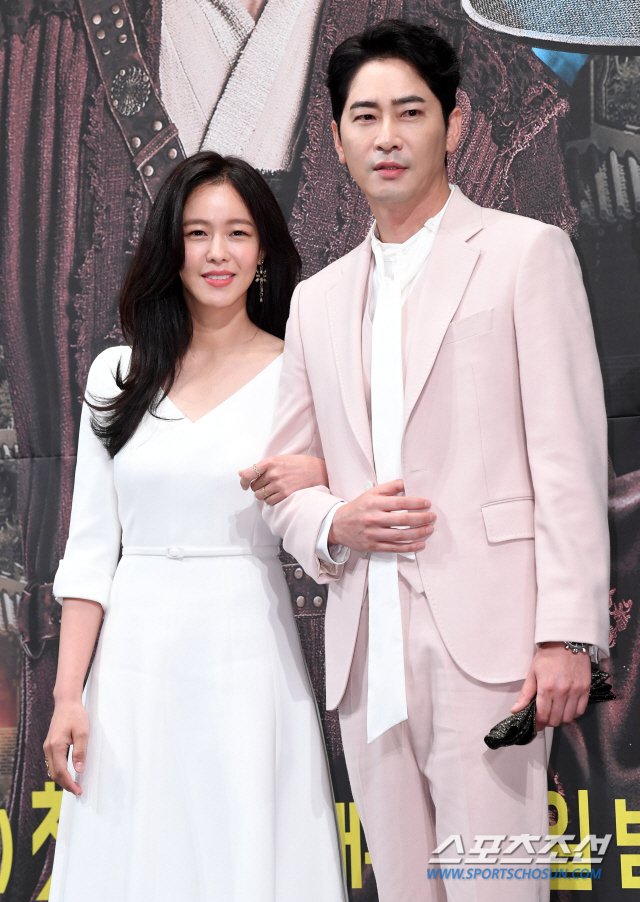 Kang Ji-hwan and Kyung Soo-jin will co-star in the new TV series "Joseon Survival" that starts airing on TV Chosun on Saturday.

The soap revolves around a man who has lost his dream, family and lover. He travels back in time and meets Im Kkeok-jeong, a notorious thief from the Chosun era.

Kang told reporters at a press junket in Seoul on Tuesday that he enjoyed the shoot. "Escaping from the city, I felt comfortable in the countryside", he said. "I would have fitted in nicely in the Chosun period".

But filming was arduous due to the early summer heat as the cast were constantly in full period kit.

"Wearing layers of undergarments and running around was really hard", Kyung said.

But there were compensations. "Eating delicious local dishes was the best", she said. "I will never forget the bibimbap (rice with assorted vegetables) that I ate in Mungyeong", North Gyeongsang Province.

"Kang Ji-whan, Kyung Soo-jin to Star Together in Time-Travel Soap"
by HanCinema is licensed under a Creative Commons Attribution-Share Alike 3.0 Unported License.
Based on a work from this source