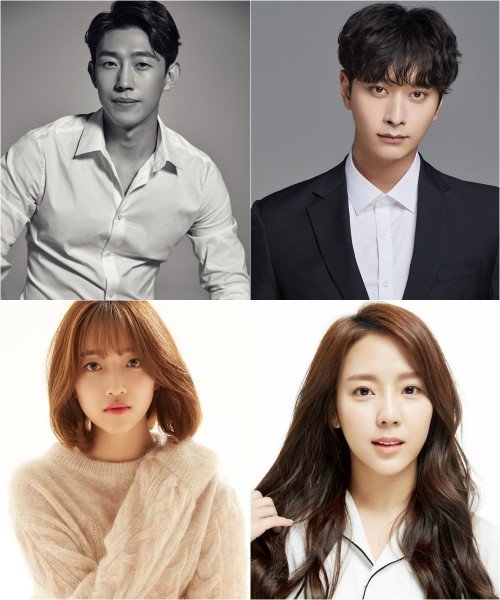 "What's Wrong With Secretary Kim" is the story of Lee Young-joon, a narcissistic second generation chaebol who has everything from looks to wealth and talent, but is full of himself, and his legendary secretary, Kim Mi-so, who is his perfect aid.

Park Seo-joon, Park Min-young, and Lee Tae-hwan have been picked prior to the latest addition of the cast.

Kang Ki-young plays Park Yoo-sik, Lee Young-joon's (Park Seo-joon) friend and director of a famous company. He also coaches Lee Young-joon on how to stop his secretary from leaving him.

Hwang Chan-sung is Ko Gwi-nam, a handsome employee who graduated elite schools with the support of his family. He is the most popular male employee at work and his good looks draw everyone's attention everywhere he goes.

Pyo Ye-jin from "Fight My Way" takes on the role of Kim Ji-ah, a new secretary that works under Kim Mi-so (Park Min-young). Her existence alone brings happiness and she's charming and lovely.

Kim Yewon is Sul Ma-eum, Park Yoo-sik's clumsy secretary. She makes mistakes with even in the littlest things so her boss ends up doing her work for her.

All the four actors have colors of their own and they intend on cultivating their chemistry through "What's Wrong With Secretary Kim".

"What's Wrong With Secretary Kim" is directed Park Joon-hwa and is coming this June.

"Kang Ki-young, Hwang Chan-sung, Pyo Ye-jin, and Kim Yewon Join "What's Wrong With Secretary Kim""
by HanCinema is licensed under a Creative Commons Attribution-Share Alike 3.0 Unported License.
Based on a work from this source