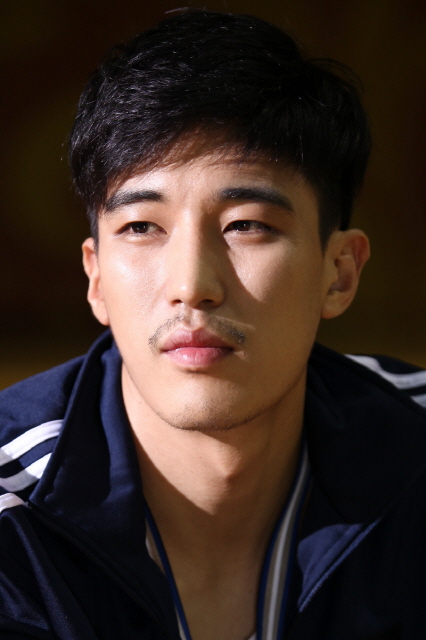 Actor Kang Kyung-joon has been cast for the SBS drama "To The Beautiful You" as a track coach.

According to SBS, Kang Kyung-joon is taking on the role of coach Byeon Gwang-min, a former high jumper and current track coach in the SBS drama "To The Beautiful You" coming after "Ghost - Drama".

This character of coach Byeon Gwang-min is so strict that he is nicknamed 'rabies' as he is so harsh on the students but in front of the language teacher So-jeong (Lee Young-eun) he is just a man.

Kang cut his hair short and is working hard to shape up his body for this role.

His agency claimed, "Kang decided to do the drama without even looking at the script. He enjoyed reading the original version of "To The Beautiful You" but was also greedy when he heard Lee Yeong-cheol was writing it".

A spokesperson from the drama said, "We were sure Kang would be able to do this and he is working hard saying that he loved the original novel too".

Kang Kyung-joon was popular for his Bohemian style in the 2004 MBC sitcom "Non Stop 5". After finishing his National duties, he starred in SBS "Salaryman", TV Chosun "Daddy's Sorry" and more.

"Kang Kyung-joon cast for "To The Beautiful You" as track coach"
by HanCinema is licensed under a Creative Commons Attribution-Share Alike 3.0 Unported License.
Based on a work from this source