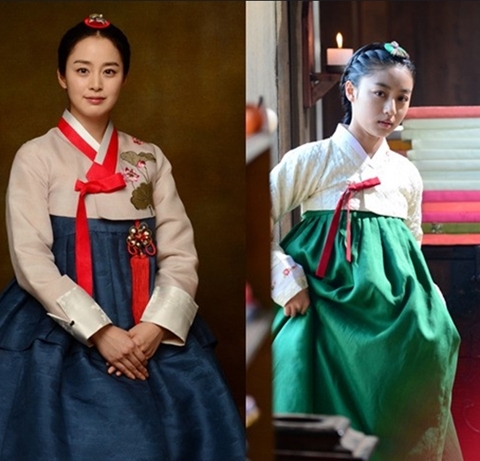 Kang Min-ah who took on 30 competitors for the role of little Kim Tae-hee is an issue lately.

Kang Min-ah expressed her existence and her talent at the audition with 30 other competitors.

To bring out the reality of the scene, Kang Min-ah acted in a barn scene with real fire lit to it.

Producer Boo Seong-cheol claims, "It's hard to get the viewers to concentrate on the drama -- the little character and the grown up character don't overlap. I have seen many auditioners but hadn't been able to find the right one for the role until Kang Min-ah came along". 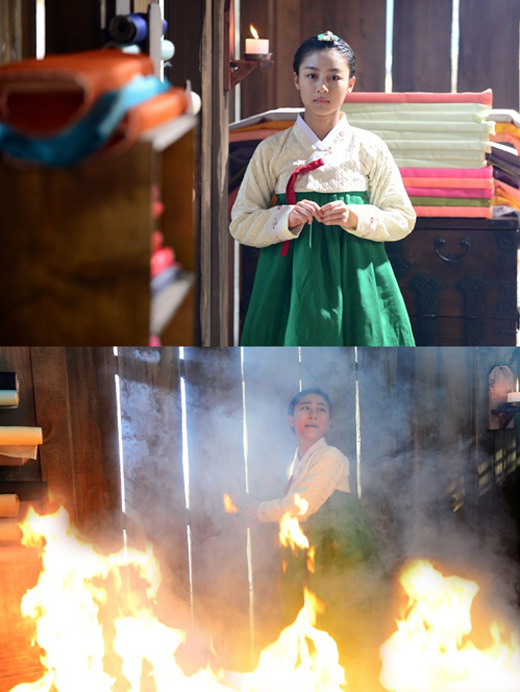 "She was trained for about a month or so after she was chosen. She's melted into her character and it's easier to shoot".

"Jang OK-jeong" is a re-highlighted version of the character Jang Hee-bin not as a political figure but an artist. The cast is made up of Yoo Ah-in and Kim Tae-hee, both as Sook Jong and Jang Ok-jeong.

"Kang Min-ah breaks through 30 to become little Kim Tae-hee"
by HanCinema is licensed under a Creative Commons Attribution-Share Alike 3.0 Unported License.
Based on a work from this source