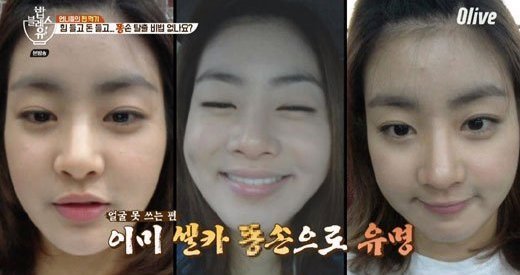 Actress Kang So-ra is a character with a twist.

She claimed herself to be terrible with her hands. "I break things easily", she said.

Then she said, "The intelligent image I have is because of my roles. I broke a diffuser recently. It was in my closet, but I broke it while taking out something to wear".

Park Na-rae asked, "Why did you even put it there in the first place?" and Kang So-ra explained she wanted her clothes to smell good. Jang Do-yeon added, "I put a diffuser in my closet too".

"Kang So-ra, "I Am Bad With My Hands""
by HanCinema is licensed under a Creative Commons Attribution-Share Alike 3.0 Unported License.
Based on a work from this source