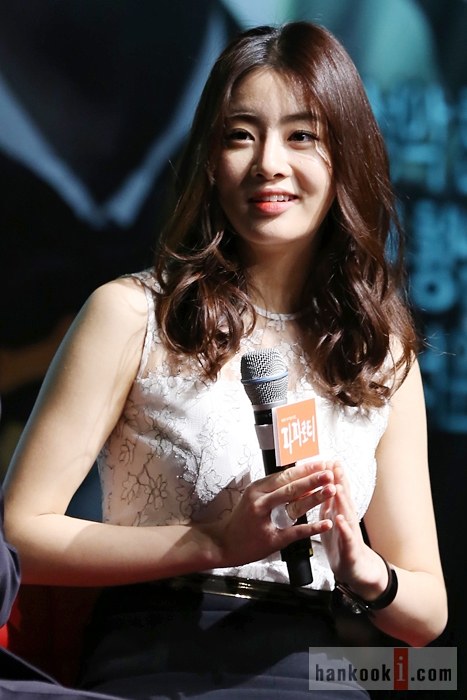 Produced by Sin Yoon-seob and written by Jung Ji-woo from "My Love, Ugly", "Ugly Alert" announced the domination of daily dramas with its strong base story and mass scale. This drama advocates humanism dramas in which a man who seems pathetic; he changes his surroundings and looks around at the relationships that he has around him.

Kang So-ra and Lim Ju-hwan who are known for their acting are in the lead. Kang So-ra takes on the role of Na Do-hee, the goody-good daughter of a fashion company which was built by her grandfather. Lim Ju-hwan takes on the role of Gong Joon-soo, a character who masters the art of sewing while in prison in place of his brother for murder and works at Na Do-hee's store.

Kang So-ra stood out in the movies "Sunny - 2010", "Paparoti" and drama "Dream High 2". Lim Ju-hwan has been proven for his talents when he won the Best Rookie Award at the 2009 Cultural Arts Awards. "Ugly Alert" is his first drama since his military service.

Production company director Kim Hyeon-jeong-I says, "'Ugly Alert' is a human drama in which a silly and worthless man changes the people around him. It also delivers the meaning of 'family' even though they are not blood related. This drama will consist of everything touching and moving besides the extremity of revenge and affairs".

Meanwhile, "Ugly Alert" will be aired after "The Birth of a Family - Drama" in May.

"Kang So-ra in the new SBS drama "Ugly Alert""
by HanCinema is licensed under a Creative Commons Attribution-Share Alike 3.0 Unported License.
Based on a work from this source