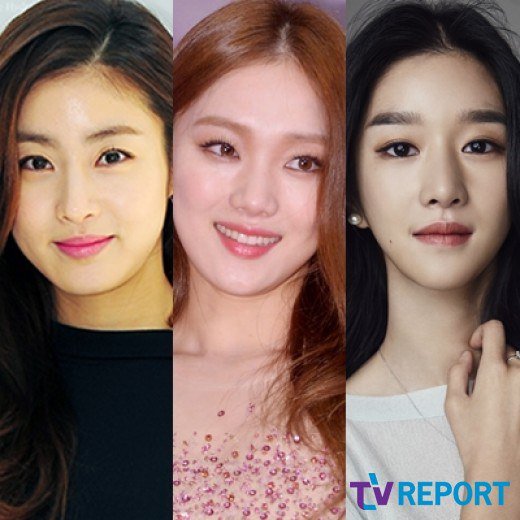 Actors Yoo Seung-ho, Park Bo-gum, Seo Kang-joon and others born in the year 1993 have taken over the drama scene in 2016. Now, actresses like Kang So-ra, Lee Sung-kyung and Seo Ye-ji are getting ready to come forth.

Kang So-ra was the first to debut compared to the others. She came out in 2009 with the movie "4th Period Mystery" and continued to star in dramas such as "Rude Miss Young-Ae Season 12", "Our Women", "Dream High 2", "Ugly Alert", "Doctor Stranger", "Incomplete Life", "Warm and Cozy" and more.

Movies "Sunny - 2010" and drama "Incomplete Life" brought Kang So-ra out into the spotlight and with these, Kang So-ra experienced the peak of her 20s. That's why "Neighborhood Lawyer Jo Deul-ho" is going to be an important one for her.

Seo Ye-ji who becomes 26 this year resembles Soo Ae. The only difference is, Seo Ye-ji had a lead role from the begging and has always been in the lead. However, people only started to focus on her 2 years later.

Seo Ye-ji was chosen as the leading actress in "Potato Star" and continued to lead dramas like "The Night Watchman's Journal", "Super Daddy Yeol" and "Last". Attention was not given to her because the dramas failed badly. Seo Ye-ji was discovered in the TV show "Three Rounds".

Seo Ye-ji made progress in hosting the show. She was different as an actress and as a host. Then she landed a spot in the drama "Moorim School" and debuted with her first miniseries.

"Moorim School" is believed to succeed. Auditions were held not only in Korea but overseas as well but Seo Ye-ji beat all competition and landed in the leading role. However, early reviews of the drama are being divided into good and bad so the fate of the drama will decide Seo Ye-ji's fate.

Lee Sung-kyung was also defined as a model and she's on her way to the peak. She took home the Rookie Award from the MBC Drama Awards last year for "The Queen's Flower". She's about to come out with a movie called "Broker" this year.

"Kang So-ra, Lee Sung-kyung and Seo Ye-ji, 90s babies"
by HanCinema is licensed under a Creative Commons Attribution-Share Alike 3.0 Unported License.
Based on a work from this source