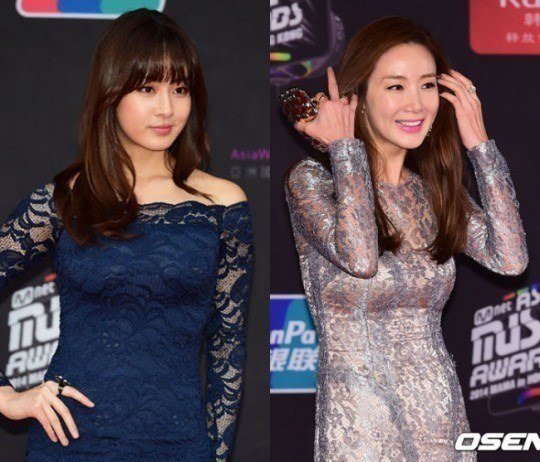 Actresses Kang So-ra and Choi Ji-woo's dresses are the talk of the town.

"Kang So-ra's 39,000 won dress vs. Choi Ji-woo's 11.8 million won dress"
by HanCinema is licensed under a Creative Commons Attribution-Share Alike 3.0 Unported License.
Based on a work from this source