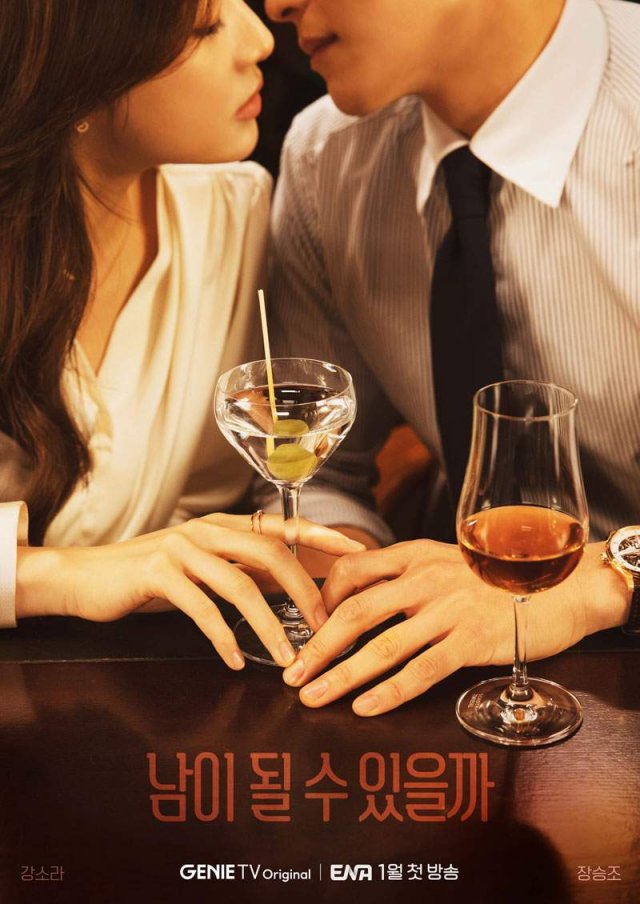 The ENA drama "Strangers Again" (written by Park Sa-rang-I/directed by Kim Yang-hee-I) released a teaser poster and the first teaser at the same time on the 1st.

"Strangers Again" is a drama about the love and growth of divorce lawyers to whom divorce is easy but break is difficult. Kang So-ra is expected to play the role of star lawyer Oh Ha-ra, who is called the goddess of litigation, and Jang Seung-jo will play the role of Goo Eun-beom, the ex-husband and colleague of Oh Ha-ra. In addition, this is "Our Blues" co-director Kim Yang-hee-I's next film, which is drawing attention.

The teaser poster captures the subtle chemistry between Oh Ha-ra and Goo Eun-beom, who live as complete strangers after divorce and reunite at the same law office. The two, who have a secret conversation, are reminiscent of lovers who are in love just before kissing. They have distinctly different tastes, but they seem impossible to be strangers, amplifying curiosity about the relationship between the two in "Strangers Again".

The first teaser shows Oh Ha-ra's life as a star lawyer and goddess of divorce proceedings, drawing laughter as her ex-husband Goo Eun-beom runs left and right between the boundaries of 'public and private'. The maximum anger gauge is felt in Oh Ha-ra's appearance of pointing a knife at Goo Eun-beom, but it stimulates curiosity about whether they will be able to become perfect strangers.

"Strangers Again" will air on ENA in January next year.