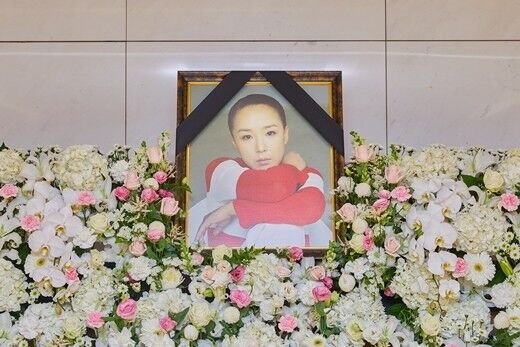 The funeral ceremony for movie star Kang Soo-yeon, who passed away on the 7th due to cerebral hemorrhage, will be held on the 11th amid the memorial service of her film colleagues.

The late Kang Soo-yeon funeral committee is scheduled to observe the funeral ceremony of Kang Soo-yeon, who died suddenly at the age of 55 at the funeral hall of Samsung Medical Center in Gangnam-gu, Seoul at 10 AM that day.

At the funeral ceremony hosted by actor Yoo Ji-tae, former chairman of the Busan International Film Festival, directors Im Kwon-taek and Yeon Sang-ho, actors Moon So-ri and Sol Kyung-gu will deliver eulogy and video of fellow filmmakers will be screened.

For fans, the funeral of the deceased will also be broadcast live on the official YouTube channel of the Korea Film Council.

Earlier, Kang Soo-yeon died on the 7th while receiving hospital treatment in unconsciousness after collapsing due to cerebral hemorrhage on the afternoon of the 5th. The film industry has formed a funeral committee headed by former chairman Kim to honor Kang Soo-yeon, who left a great mark in Korean film history. Her remains will be cremated at Seoul Memorial Park and placed in Yongin Park.