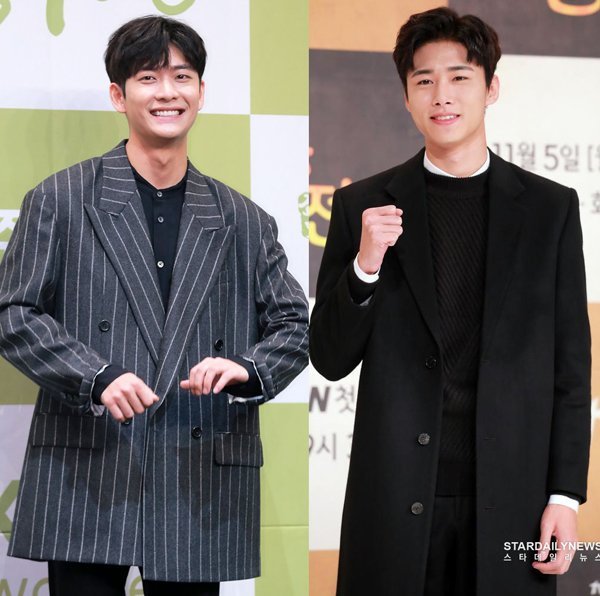 Kang Tae-oh and Seo Ji-hoon have brought a new wave in sageuk dramas as two different kings with different styles.

Seo Ji-hoon plays Yi Soo in the jTBC drama "Flower Crew: Joseon Marriage Agency". He is a king who dozes off in the palace, offers to do some hammering and doesn't mind taking his top off. He was an ordinary young man who wanted to live an ordinary life, but on his wedding day, which was supposed to be the happiest day of his life, he was abducted and became king unwillingly.

He misses Gae-ddong (Gong Seung-yeon) so much and can't be without her, so he asks Ma-hoon (Kim Min-jae-I) to make her his queen, but he's suffering because of that request.

He witnesses Gae-ddong telling Ma-hoon that she likes him, and Yi Soo tries to win her back, but she's just pushing him away from herself.

Seo Ji-hoon plays a king who is in love with only one woman and makes his subjects keep each other in check as time goes by. His pure hearted love isn't like any other king.

Kang Tae-oh plays Cha Yool-moo in "The Tale of Nokdu". He has a sugary voice, a sharp jaw line and wide shoulders and it turns out he is Prince Neungyang.

On the latest episode on the 21st, in front of those preparing for the uprising, he appeared covered in blood and revealed his identity and claimed to have killed Grand Prince Yeongchang. His identity surprised many. The quick change in Kang Tae-oh's character might bring life to "The Tale of Nokdu".

"Kang Tae-oh and Seo Ji-hoon, "Am I to Be King?""
by HanCinema is licensed under a Creative Commons Attribution-Share Alike 3.0 Unported License.
Based on a work from this source