Kang Ye-bin, "My friends used to call me a cow because I have big breasts" 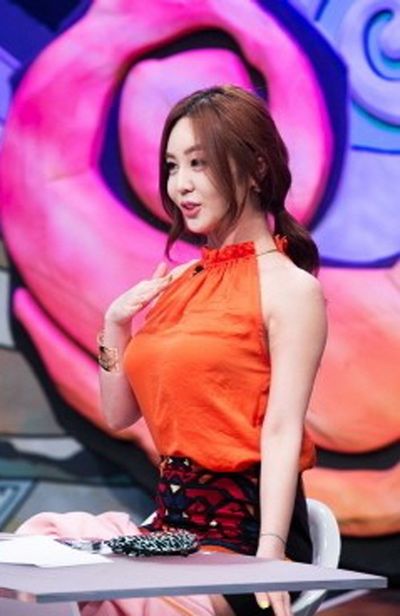 Entertainer Kang Ye-bin has been bullied since she was young because of her body.

She spoke about the disadvantages of having a glamorous body on the Channel A TV show "Anger King" which she appeared with Ahn So-yeong.

She said, "I was teased by my friends since adolescence for the reason that I have big boobs. I had to give up running because it was hard to run with such big breasts". Known as one of the most glamorous stars in Korea, Kang Ye-bin had to go through a rough childhood to come this far.

"Kang Ye-bin, "My friends used to call me a cow because I have big breasts""
by HanCinema is licensed under a Creative Commons Attribution-Share Alike 3.0 Unported License.
Based on a work from this source