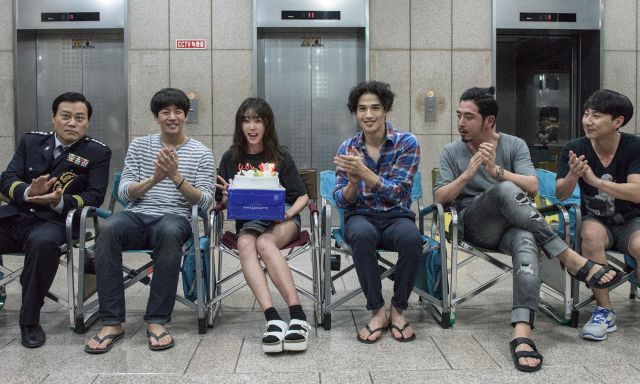 The movie is a thriller about Na Nam-soo (Lee Sang-yoon) a producer of a pilot program tracking down the truth about a fire accident by talking to the only survivor Kang Soo-ah (Kang Ye-won).

The movie was taken in Dae-jeon, Gwangju and others and the final location was in a building in Yeouido.

This is actress Kang Ye-won's first thriller and she said, "The movie is finally cranking up and looking forward to release thing fall. This movie is going to be the turning point of my life". Lee Sang-yoon said, "This summer was hot but the staff and cast made my summer happy". Director Lee Cheol-ha also said, "Everyone did a great job and the movie is coming out on the 27th".

Kang Ye-won has build her career on several movies such as "Quick", "Haeundae", "Harmony" and much more. She plays Soo-ah, the only survivor of a deadly fire and witness to a murder. She's going to go through a mass transformation in character".

"Insane" is coming out in the later half of the year.

"Kang Ye-won and Lee Sang-yoon's first thriller, "Insane""
by HanCinema is licensed under a Creative Commons Attribution-Share Alike 3.0 Unported License.
Based on a work from this source