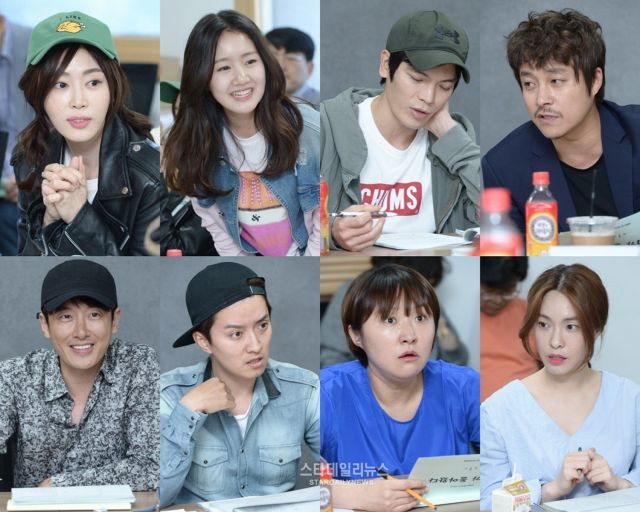 KBS 2TV drama "Baek-hee is Back" had its first script reading.

"Baek-hee is Back" is a 4-episode drama about Yang Baek-hee, also known as Scarlet O'Hara from Seom Wol-do who comes back to her hometown for the first time in 18 years after changing her identity. The script reading was full of laughter thanks to the accents and hidden laughter points.

Kang Ye-won portrayed the perfect Yang Baek-hee with her elegance and charisma while Ji Jin-hee in the role of Sin Ok-hee, Baek-hee's daughter, was a level more intense than her mother. Kim Sung-oh plays the sexy single man in Seom Wol-do named Beom-ryeong.

Choi Dae-chul, who is used to the sly act, did his part in being Cha Jong-myeong, a notorious character in Seom Wol-do. Choi Phillip who plays Baek-hee's husband Sin Ki-joon, stayed bright and smiley throughout the whole time despite his subtle character.

4-part dramas are becoming a trend in KBS and the anticipation for "Baek-hee is Back" is rising.

"Baek-hee is Back" is scheduled to premiere on June 6.

"Kang Ye-won, Kim Sung-oh and Kim Hyun-sook's first "Baek-hee is Back" script reading"
by HanCinema is licensed under a Creative Commons Attribution-Share Alike 3.0 Unported License.
Based on a work from this source