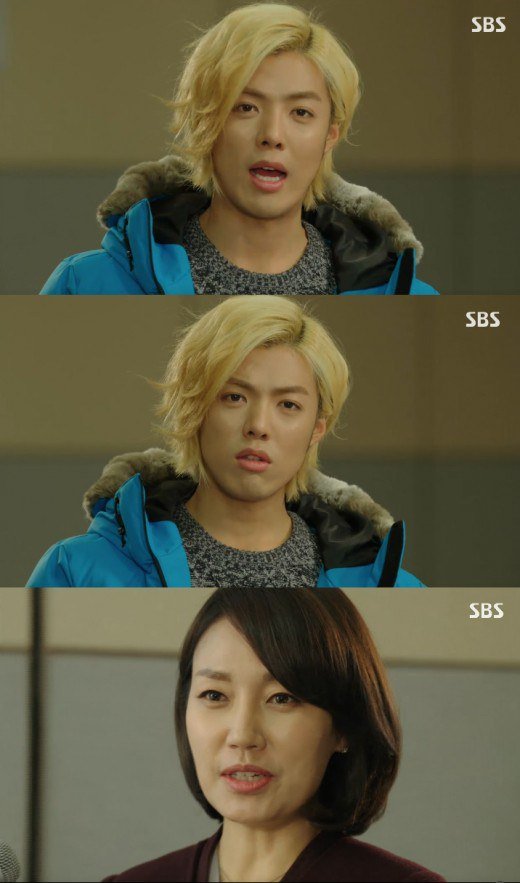 On the last episode of SBS drama, "Pinocchio", he made a cameo appearance as a college student.

His surprise appearance was to play the role of a college student, who attended Song Cha-ok (Jin Kyung)'s special lecture.

His beloved typical stammering accent and straightforward speech added such a kick to the drama.

"Kangnam makes cameo appearance in 'Pinocchio' "
by HanCinema is licensed under a Creative Commons Attribution-Share Alike 3.0 Unported License.
Based on a work from this source