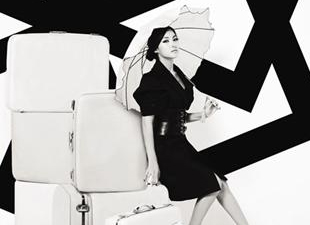 Kara member Park Gyu-ri is about to get a lot busier.

Park was chosen as the best candidate to star in the musical version of "200 Pounds Beauty". The original film starred actress Kim Ah-joong.

The musical team will tour Asia, starting off in Osaka, Japan in October to later stop in Seoul as well.

The musical which first premiered in 2008 had a 95% ticket sales rate with roughly 1,500 tickets on average sold daily. It has even beat out many classic foreign musicals, holding down the number one spot in terms of ticket sales.

The idol star will play Park Han-byul who is a character with explosive vocal talent, despite her overweight appearance. Thus she sings backstage, hidden, for other prettier "singers". She then transforms into a beautiful girl to kickoff a series of entertaining incidents.

Other than practicing for the romantic comedy musical, Park will be starting her group Kara's Japanese promotions for the group's fourth single, "Go Go", on June 29th.

"KARA's Park Gyu-ri To Star In The "200-Pound Beauty" Musical"
by HanCinema is licensed under a Creative Commons Attribution-Share Alike 3.0 Unported License.
Based on a work from this source