KBS: 'We Will Finish Drama by Employing Understudy for Han Ye-seul' 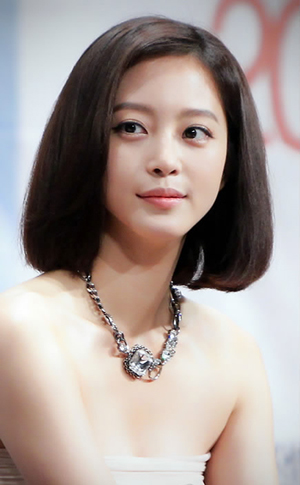 KBS said that the KBS drama "Spy MyeongWol" will finish with a total of eighteen episodes, and they apologized to viewers for a recent broadcasting problem.

KBS officially apologized for a broadcasting problem of "Spy MyeongWol" caused by actress Han Ye-seul on August 16. They also revealed, "We will try to minimize the problems of drama production by adopting an understudy actress for Han Ye-seul, and we will try to keep our promise with viewers by finishing the drama until the end of the episode". A head of the KBS drama production department, Ko Young Tak, appeared at the press conference held at KBS in Yeoyuido, and said, "We will find out a new actress who can replace Han Ye-seul after discussing it with the drama production company. We concluded that finding an understudy actress would be the best solution to keep the promise with viewers, and we will excuse other cast members and staff members before we find a replacement actress. But actually casting an understudy actress at this moment will be really difficult. We have prepared the script until the thirteenth episode, and we will try our best not to cause any problems for broadcasting next week even though it totally depends on how fast we can find a new actress". He finally confirmed, "We originally planned to produce the drama with a total of eighteen episodes, and there will be no change in our plan".

"Spy MyeongWol" could not air its eleventh episode on August 15 as the female protagonist of the drama, Han Ye-seul, did not participate in filming without prior notice. KBS aired its eleventh episode on August 16 after editing its footage that had been filmed in advance. But whether it can broadcast the twelfth episode or not is unclear, as there is yet no understudy actress for Han Ye-seul at this time. The chief producer of "Spy MyeongWol", Jeong Seong-hyo, said about replacing the actress, "We could have simply taken the character 'Myung Wol' out of the drama, but 'Myung Wol' is the protagonist of the drama, and if we produced the drama without the protagonist, it might be considered breaking a promise with viewers. We think that the story of the drama is more important than the actress Han Ye-seul and we think that finishing the drama with its original storyline will be the best, even though viewers might be confused due to the change of the actress". Ko Young Tak also said, "We have never imagined that an actress's boycott of the participation in filming could cause the trouble in broadcasting. This incident is unprecedentedly momentous negligence. Due to an actress's unreasonable behavior, the drama has reached the important situation of breaking a promise with viewers. Han Ye-seul's behavior is a unilateral decision and it is completely irresponsible, which is unpardonable for any reason. Even though the process of drama production is really tough and difficult, her irresponsible behavior should be blamed anyway".

The executive producer, Lee Kang-hyeon, concluded that Han Ye-seul's behavior has nothing to do with an improvised script or tight filming schedule. Lee said, "Compared to other dramas, the filming schedule for this drama was not tight at all, and the script was prepared in bookbinding in advance before filming. In particular, we provided convenience to Han Ye-seul by letting her take one or two days off for her personal schedule. Other cast members had difficulties due to her unpredictable personal schedule. Despite all this, Han Ye-seul, who is the protagonist of the drama, has always asked to reduce the filming schedule. Her insistence that she refuse to participate in filming due to troubles with production staff members is not be acceptable at all. Her insistence is considered to be her unilateral decision and her own excuse".

"KBS: 'We Will Finish Drama by Employing Understudy for Han Ye-seul'"
by HanCinema is licensed under a Creative Commons Attribution-Share Alike 3.0 Unported License.
Based on a work from this source