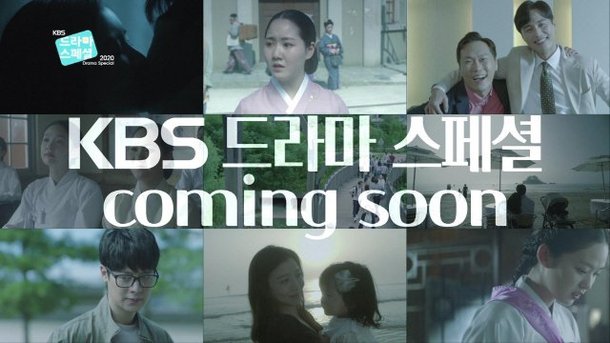 KBS2, the only Korean broadcaster to continue its one-act drama "Drama Special 2020", released its first teaser video on the 23rd to announce the confirmation of the broadcast.

Marking its 10th anniversary this year, "Drama Special" has been presenting meaningful materials and original stories that are difficult to handle in mini-series and feature-length dramas.

Above all, it was known as a window for discovering talented young actors such as new writers, directors and actors.

The teaser video released on the 23rd shows actors who have been with the past short-act dramas such as Lee Joon-gi, Ha Ji-won, Gong Hyo-jin, Park Bo-gum, Park Shin-hye and Park So-dam, and leading actors of the Republic of Korea such as Lee Sun-kyun, Cho Yeo-jeong, Choi Soo-jong and Son Hyun-joo winning the past short-film drama awards.

The first film to open the doors of "Drama Special 2020" is "Drama Special - Modern Girl" (directed by Hong Eun-mi/written by Na Mi-jin). It depicts the growth of a woman who tried to become a 'modern girl' to change her husband's mind in the 1920s. It stars Jin Ji-hee, Kim Si-eun-II and Yoon Ji-on, who have unique emotions and stable acting skills.

The second work, "Drama Special - Crevasse" (directed by Yoo Kwan-mo/written by Yeo Myung-jae), depicts the daily cracks experienced by men and women who have feelings that should not be felt by each other. Actress Yoon Se-ah, who shows her presence with detailed acting regardless of genre and Ji Seung-hyun, who is playing an all-round role in various works, will work together.

The third work, "Drama Special - The Joys and Sorrows of Work" (directed by Choi Sang-yeol/written by Choi Ja-won) cast Go Won-hee and Oh Min-suk, who have consistently built their own acting world. Based on the novel of the same name by Jang Ryu-jin, the book depicts a strange and mysterious world of work between dreams, self-realization and means of maintaining a livelihood.

The production team of "Drama Special 2020" explained, "This first teaser video shows scenes that give a glimpse of the works to be broadcast this year".

"All 10 different colors and various genres are being prepared to meet the expectations of drama fans who have been waiting for "Drama Special"", they said. "We hope you enjoy the fun of 10 stories that are so original and interesting that you can only experience in short-act dramas".

Meanwhile, "Drama Special 2020" will air on KBS2 in the second half of this year.

"KBS Celebrates 10th Anniversary With "Drama Special 2020""
by HanCinema is licensed under a Creative Commons Attribution-Share Alike 3.0 Unported License.
Based on a work from this source