KBS Going Through a Slump, Saved by "Once Again" 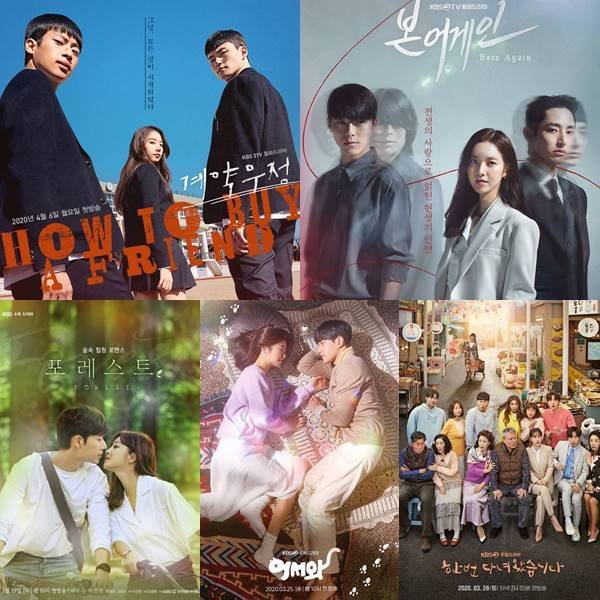 KBS dramas suffered in the first half of 2020. Since "When the Camellia Blooms", which recorded the highest ratings of 23.5% for terrestrial mini-series last year, the performance of mini-series has been disastrous. KBS managed to save face thanks to the weekend drama "Once Again". 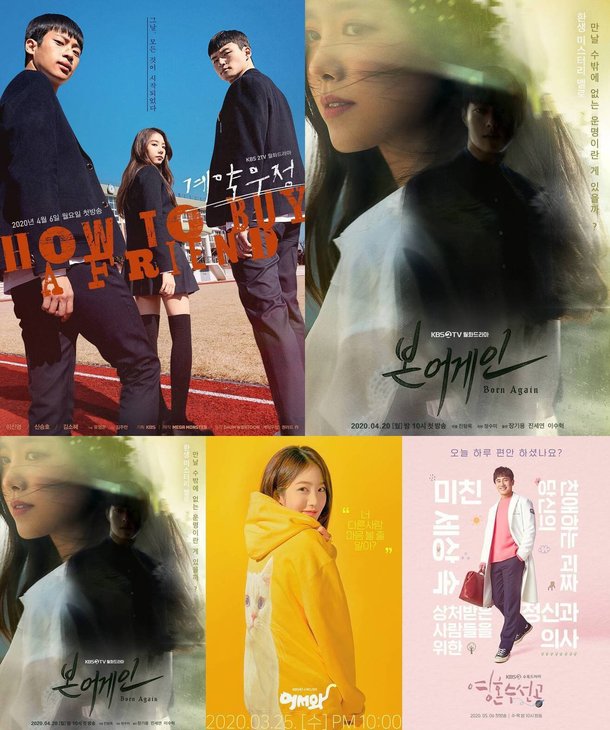 ◆ Monday-Tuesday dramas in a slump, the humiliation of Wednesday-Thursday dramas

After "The Tale of Nokdu", which aired last year, KBS had a break from Monday-Tuesday dramas. Starting with "How to Buy a Friend" in April, the dramas resumed. The four-part drama "How to Buy a Friend", an adventure story, recorded the highest viewer rating of 2.7%, making it pitiful in terms of ratings. However, it was well-received for its fresh fun and emotional production, dealing with the stories of friendship and growth of young people.

After "How to Buy a Friend", "Born Again" starring Jin Se-yeon, Jang Ki-yong, and Lee Soo-hyuk, struggled in the ratings, overshadowed by its colorful cast. It recorded the highest rating of 4.1% in the second episode, but its ratings continued to fall along with the development of the complex mysteries involving the previous and present life. In the end, the drama ended with great regret, recording the lowest of 1.3%.

The situation was not much different in Wednesday-Thursday dramas. The ratings have been sluggish due to entertainment shows such as SBS's "Maknam Square" and TV Chosun's "Mr. Trot".

"Fix You" starring Shin Ha-kyun and Jung So-min, also struggled. After recording the highest viewer rating of 5.2% in the second episode, it gradually moved away from the attention of viewers. The story of psychiatrists who heal the heartbroken did not manage to captivate viewers. "Fix You" also recorded an average audience rating of 1 to 2%, failing to get out of its slump. 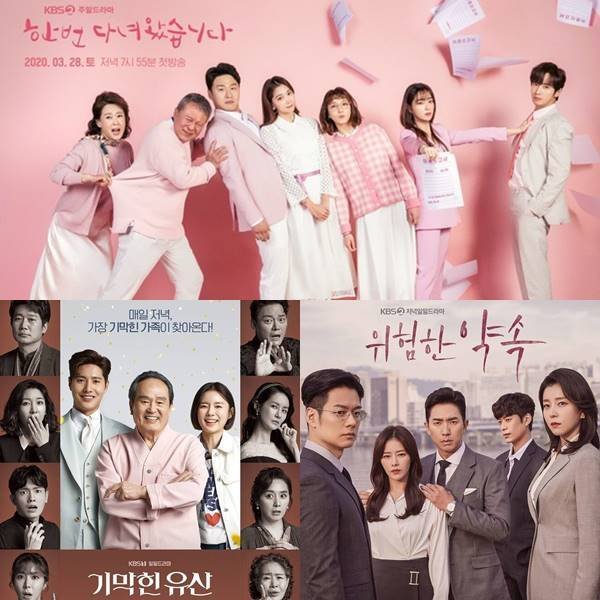 ◆ Weekend and daily dramas do the job for KBS

Fortunately, in the first half of the year, KBS was able to lay back a little bit because of the success of the weekend drama "Once Again", which has the highest viewer rating of 31.6%. it is gaining more popularity in the small screens, dealing with the subject of divorce, but portraying affectionate family love. In addition, the various romance stories between couples in the drama is one of the reasons to its success.

"Brilliant Heritage" on KBS 1TV has steadily been in the 20% viewing range and KBS 2TV "Fatal Promise" has been maintaining its viewership of 13%.

In the first half of this year, KBS miniseries aimed to target the small screen with young actors and dramas of various themes, but continued to slow down. Fortunately, it kept up appearances thanks to the good performances of weekend dramas and daily dramas.

KBS will go into restructuring by organizing the miniseries time frame, which was previously broadcast at 10PM, at 9PM now, 30 minutes earlier than Wednesday-Thursday dramas. "Into The Ring" starring Nana and Park Sung-hoon, and "To All The Guys Who Loved Me" a Monday-Tuesday drama featuring Hwang Jung-eum, Yoon Hyun-min and Seo Ji-hoon will attempt to turn things around for Monday-Tuesday dramas.

Attention is focusing on whether KBS will be able to make up for its slump in the second half of the year's competition with its strong competitors, including global OTT platform Netflix, which has been steadily increasing viewing time since the aggressive spread of cable and general TV channels and COVID-19.

"KBS Going Through a Slump, Saved by "Once Again""
by HanCinema is licensed under a Creative Commons Attribution-Share Alike 3.0 Unported License.
Based on a work from this source