KBS "I'll Give You The Stars and The Moon" VS SBS "My Daughter, Flower" 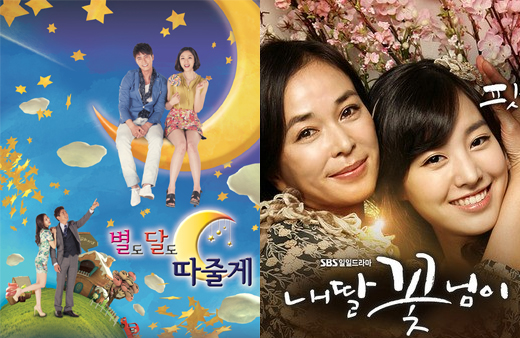 However, reality says you can't always laugh about it. The previous "Just You" ended with 20.7% but "I'll Give You The Stars and The Moon" is into eight episodes now and hasn't been able to keep up to par with the previous drama and is being threatened by "My Daughter, Flower".

Expectations for "Ill Give You the Stars" is high as no other drama in KBS has been able to step over 20% to beat "Smile, Dong Hae" which made a record of 40% and more.

"I'll Give You The Stars and The Moon" is about a man with a trauma from his childhood and a woman who loves him. The cast includes, Jo Dong-hyuk, Seo Ji-hye, Ko Se-won, Moon Bo-ryung, Kim Young-chul-I and more.

"My Daughter, Flower" a competing drama, is about a mother and daughter who are not blood related, committing their lives to one another. It is about to end on the 18th and tension revolves around the drama when they find out that the mother and daughter have matching DNA. 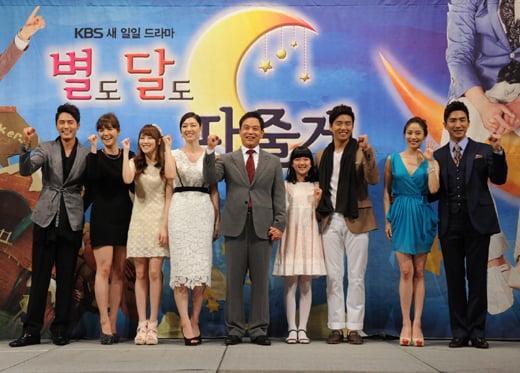 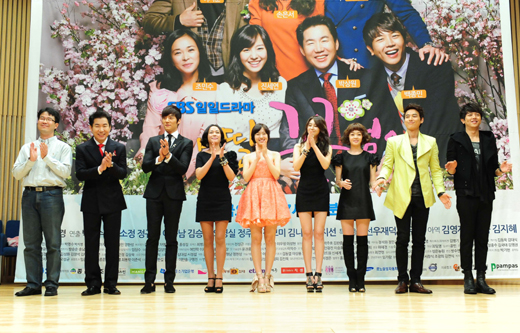 "KBS "I'll Give You The Stars and The Moon" VS SBS "My Daughter, Flower""
by HanCinema is licensed under a Creative Commons Attribution-Share Alike 3.0 Unported License.
Based on a work from this source