KBS 'School' series to come back: Who will be next Lee Jong-suk or Kim Woo-bin 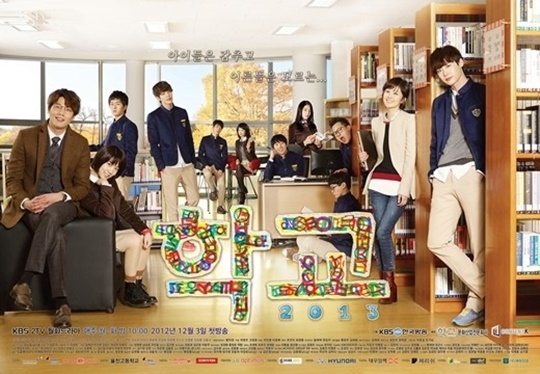 On March 3rd, an official from KBS drama department told TV Daily that "Who Are You - School 2015" had been confirmed as a drama to follow after the completion of "Blood".

Producer Baek Sang-hoon of "Secrets" will direct the production.

"Who Are You - School 2015" is scheduled to start airing on April 27th after the completion of "Blood". Its competitor dramas will be SBS' ' Heard It Through the Grapevine ' and MBC's "Splendid Politics".

The 2015 version of "School" series is also expected to discover new stars who will emerge through the drama.

"KBS 'School' series to come back: Who will be next Lee Jong-suk or Kim Woo-bin "
by HanCinema is licensed under a Creative Commons Attribution-Share Alike 3.0 Unported License.
Based on a work from this source