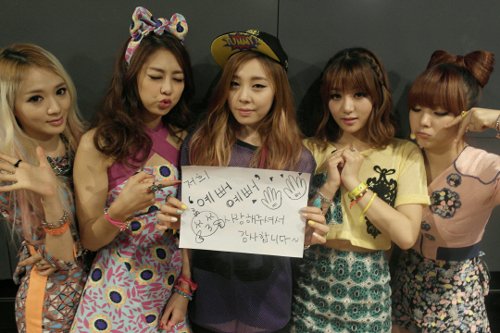 The last performance of Go Eun-b and Kwon Ri-se, the two members of girl band Ladies' Code who died in a car crash early this month, will be broadcast on KBS on Sunday.

KBS on Thursday said it decided not to edit out their performance at the request of their bereaved families and agency.

The two died on their way back to Seoul after the five-member group performed in Daegu on Sept. 3.

A van carrying the band slipped on a rain-slick road, and Go died at the scene and Kwon four days later. The other three members are being treated at a hospital.

"KBS to Show Killed Girl Band Members' Last Performance"
by HanCinema is licensed under a Creative Commons Attribution-Share Alike 3.0 Unported License.
Based on a work from this source