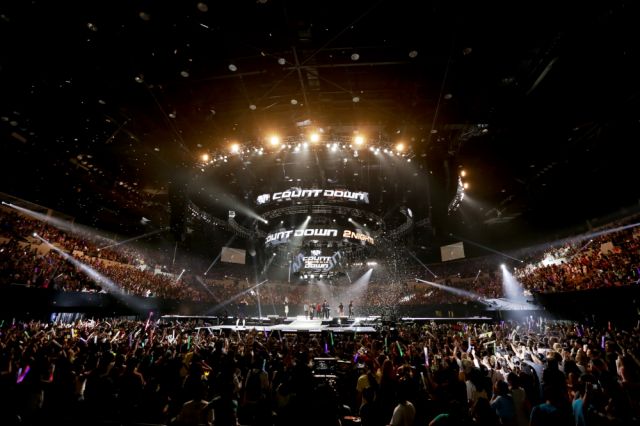 Asia's leading content and media company CJ E&M has completed the list of K-pop artists who will be performing at KCON 2015 USA (see below for the full list). Besides the K-pop artists, a number of celebrity guests are expected to join, and their names will soon be announced.

KCON USA, the largest fan convention in North America, which is dedicated to all aspects of Korean entertainment, will take place at Staples Center from July 31st through August 2nd. And after one week, on August 8th, KCON will open in the East Coast for the first time, welcoming K-pop fans at Prudential Center in downtown Newark, NJ. For more information about ticket prices and reservations, please visit its official website at www.kconusa.com.

"KCON 2015 USA Completes Lineup of Performing K-pop Artists"
by HanCinema is licensed under a Creative Commons Attribution-Share Alike 3.0 Unported License.
Based on a work from this source